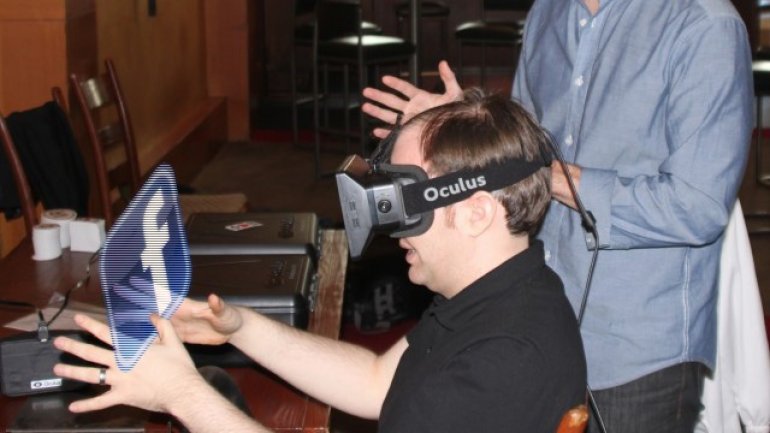 With virtual reality finally hitting the consumer market this year, VR headsets are bound to make their way onto a lot of holiday shopping lists. But new research suggests these gifts could also give some of their recipients motion sickness — especially if they’re women.

In a test of people playing one virtual reality game using an Oculus Rift headset, more than half felt sick within 15 minutes, a team of scientists at the University of Minnesota in Minneapolis reports online December 3 in Experimental Brain Research. Among women, nearly four out of five felt sick.

So-called VR sickness, also known as simulator sickness or cybersickness, has been recognized since the 1980s, when the U.S. military noticed that flight simulators were nauseating its pilots. In recent years, anecdotal reports began trickling in about the new generation of head-mounted virtual reality displays making people sick. Now, with VR making its way into people’s homes, there’s a steady stream of claims of VR sickness.

“It's a high rate of people that you put in [VR headsets] that are going to experience some level of symptoms,” says Eric Muth, an experimental psychologist at Clemson University in South Carolina with expertise in motion sickness. “It’s going to mute the ‘Wheee!’ factor.”

Oculus, which Facebook bought for $2 billion in 2014, released its Rift headset in March. The company declined to comment on the new research but says it has made progress in making the virtual reality experience comfortable for most people, and that developers are getting better at creating VR content.

All approved games and apps get a comfort rating based on things like the type of movements involved, and Oculus recommends starting slow and taking breaks. But still some users report getting sick.

The new study confirms these reports. A team led by Thomas Stoffregen, a kinesiologist who has been studying motion sickness for decades, tested the susceptibility of two sets of 18 male and 18 female undergraduates during two different VR games using an Oculus Rift DK2 headset. The first game, which involved using head motions to roll a virtual marble through a maze, made 22 percent of the players feel sick within the 15 minutes they were asked to play.