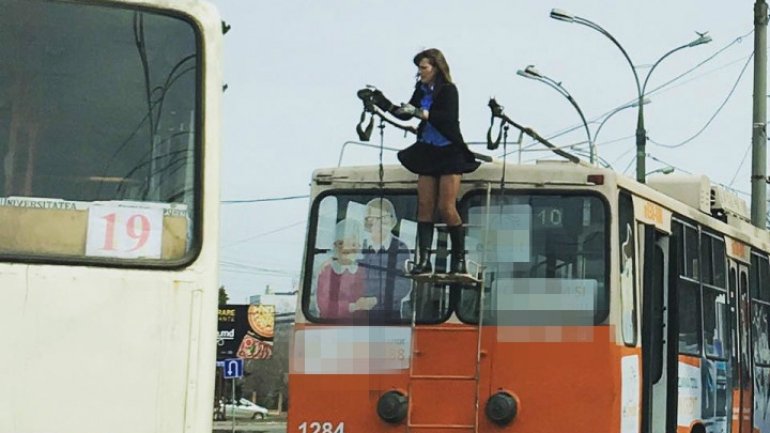 A trolleybus driver in the capital has become a real start on the Internet. Aurica Strajescu was surprised by an internet user while she was arranging the horns of a trolleybus. Nothing special. The difference was a short skirt that she was wearing. The photo quickly became viral.

The family of Aurica Strajescu was a family of drivers. Her father and younger brothers drive trucks. When it came for her to choose a profession, she had no hesitation.

"I loved it from childhood and I fulfilled my dream to some extent" , confessed the trolleybus driver, Aurica Strajescu.

She was only 21 years old when she first climbed behind the wheel of a trolley. The job did not make her give up the feminine outfits.

"It's spring, it's hot already, so I'm wearing a skirt. I am also a woman in addition of being a trolleybus driver" , said Aurica Strajescu .

Aurica says she was pleasantly surprised when she discovered the viral photo on Facebook.

"Yes, I am accustomed already with people taking photos of us. We often become celebrities" , said Aurica Strajescu.

"Women still remain woman. We must always be beautiful. It's wonderful that she wants to be beautiful at her workplace. It's lovely."