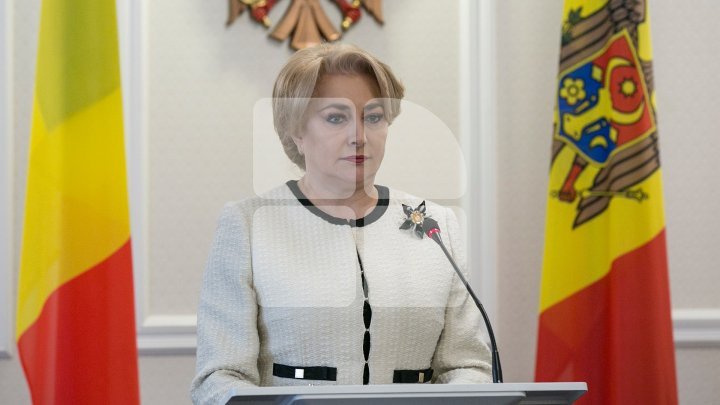 Viorica Dăncilă spoke about the accession of the Moldovans to the EU, at the solemn meeting of the Parliament, dedicated to the 100th anniversary of Bessarabia’s Union with Romania.

Additionally, the Romanian Premier believes in the future of two countries and affirms Romania will be always with Moldova.

"The symbolic importance of the act of the union of Bessarabia with Romania, along with the acts of the union of Bucovina and Transylvania, consists in the fact that the population of these Romanian territories through its elected representatives has democratically decided to unite with the country.

"Our ancestors knew to use historic opportunities which laid the foundation stone for a better future for their children.

"Today, 100 years later, we have all reasons to be confident that our future will be brilliant, as long as it is based on the democratic values that boosts a healthy society.

"I strongly believe that we will soon reunite with the European family, honoring the fight of our ancestors, "said Viorica Dăncilă, according to News.ro, quoted by evz.ro.

The Romanian official also stated that the country would always stand by Moldova.

"The common histories, the cultural and spiritual values that unite us underlie the privileged relationship between Bucharest and Chisinau.

"We have learned from the generation of union the lesson of the deeds and the founding gestures. The words unite us, the deeds make the union more durable, I assure you that Romania was and will always be with Moldova, "said Romanian Premier Viorica Dăncilă.

Viorica Dăncilă claimed that the place of Moldova is in the EU in order to support the country in the field of health, education, information technology and communications.

According to her, Romanian Government "is open to offer support to colleagues in Chisinau", stating that the 11-year EU experience of Romania can also facilitate the accession of Moldova.

"The government I run has the full openness to provide support to colleagues in Chisinau. We hope that Romania's 11 years experience in the EU to contribute to facilitating and shortening Moldova's path towards membership in the European construction.

We support the implementation of the Association Agreement with Moldova and we believe that the signing of this agreement has sanctioned the entry of Moldova on a clear, irreversible route to the European Union, "said the Romanian Prime Minister.