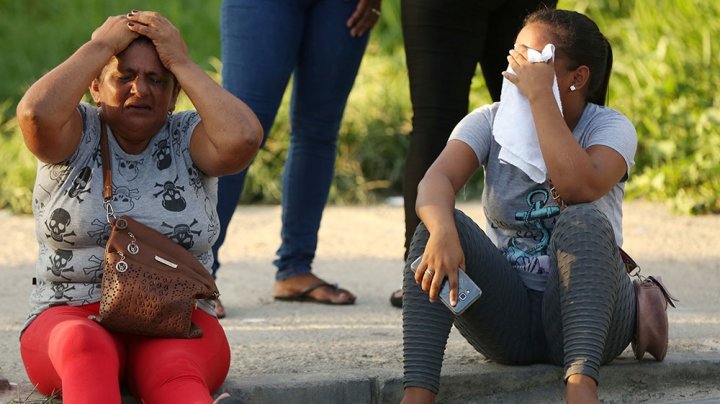 More than 55 inmates have been found dead over the last two days in separate prisons in northern Brazil, authorities said on Monday, reports aljazeera.com.

The majority of the victims was found in the Antonio Trindade Penal Institute near Manaus, the capital of Amazonas state, where the facilities in question are located. The Amazonas state prison agency said the prisoners found dead on Monday all showed signs of asphyxia.

The federal government said it was sending reinforcements to boost security in the state's prisons.

Later on Monday, a statement from the Amazonas state penitentiary department revised the number of deaths to 40 from an earlier 42 and said authorities had regained control of the four prisons. No other details were provided.

Monday's clashes took place a day after 15 inmates were killed during riots at  Manaus' Anisio Jobim Prison Complex, authorities said. Those clashes broke out about 11:00am (15:00 GMT) during visiting hours at the facility, located about 28km from Manaus.

"It was a fight between the inmates. There had never been deaths during the visits," Colonel Marcos Vinicius Almeida told a news conference on Sunday.

An investigation has been opened to determine the cause of the fight, Almeida said.

Almeida emphasised that authorities had reacted within minutes to the Sunday violence, preventing a potentially worse result. In January 2017, the same facility was the scene of a prison rebellion that lasted almost 20 hours and left 56 people dead.

Brazil has the world's third-largest prison population, with 726,712 inmates as of June 2016, according to official statistics.

The population is double the capacity of the nation's prisons, which in the same year was estimated to be 368,049 inmates. Along with severe overcrowding, Brazil's prisons are plagued by gang violence, while riots and breakout attempts are not uncommon.