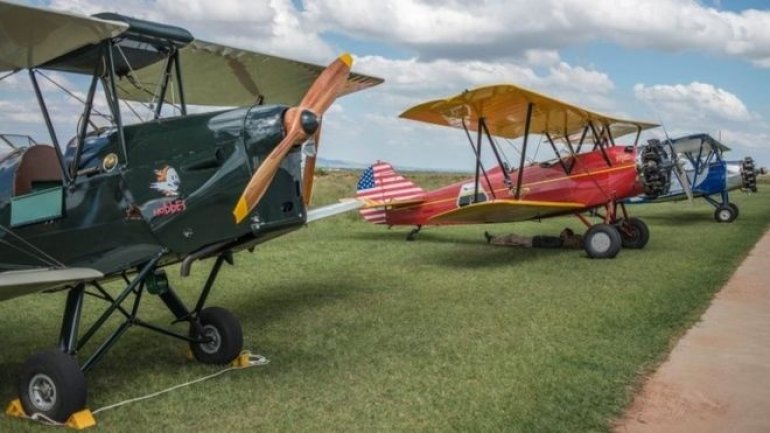 Vintage aeroplanes mostly dating from the 1920s and 1930s are shortly due to finish a 13,000km (8,000 miles) rally flying from the Greek island of Crete to Cape Town in South Africa, BBC reports.

The rally began in November and pilots have had adventure-filled journeys.

The planes have mostly open cockpits and are equipped with only rudimentary navigation and safety equipment.

They landed beside the Egyptian pyramids and flew over Mount Kilimanjaro on the way.

The Crete2Cape rally, which began on 11 November, follows "in the footsteps of the pioneering flights in the 1920s" connecting "some of the most beautiful and evocative points in Africa".

It is meant to recreate the first African aviation route drawn up in the 1930s.