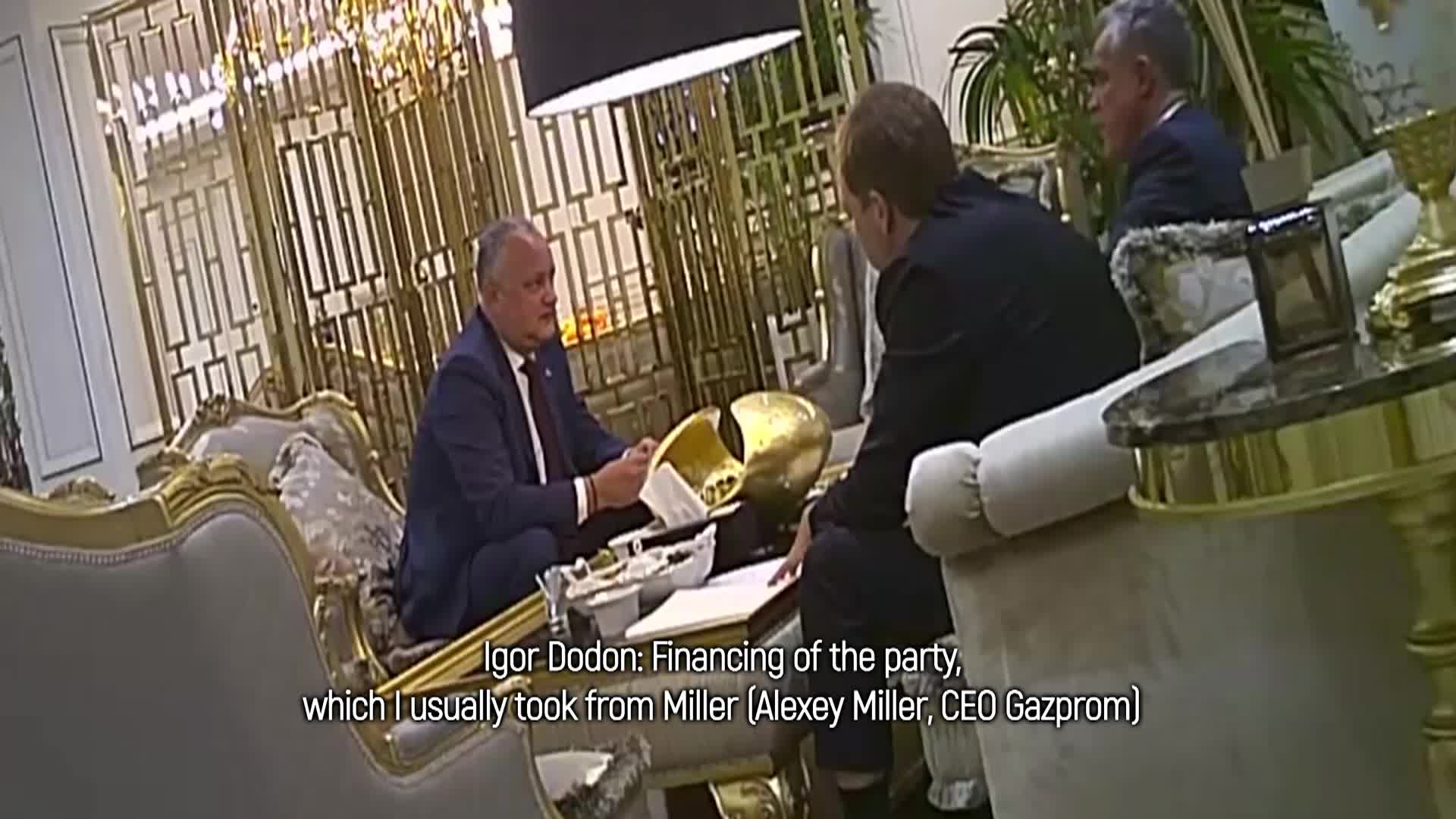 Video evidence that can annul the parliamentary election and take PSRM out of the law. Dodon said he received up to one million USD monthly from Russia.

Informal chief of Socialist party, Igor Dodon, confirmed for the first time that he received 700,000 - 1 million USD monthly from Russia to maintain the party.

At a meeting with Democratic Party leader Vlad Plahotniuc, Igor Dodon said, however, the financing was suspended on April 1. Dodon asked Russian vice deputy Dmitri Kozak on June 6 what he should do further on to obtain the financing.

In turn, Kozak promised to talk with Vlad Plahotniuc.

Dodon: I have debt of the party for two months, what should I do further on?

Kozak: You will take power, let Vlad (Plahotniuc) give you money.

Dodon: What, I need to ask Plahotniuc?

Kozak: No, I will talk with him about this.

In this video, Igor Dodon was talking with Vlad Plahotniuc how much money he received monthly from Russia for PSRM.

Vlad Plahotniuc: Look, tell me did they offer you money for PSRM?

Vlad Plahotniuc: I don't think so.

Igor Dodon: You don't think so?

Vlad Plahotniuc: Honestly, that exceeds our expense to operate PDM.

We recall that according to the law, foreign financing for a Moldovan party is prohibited.