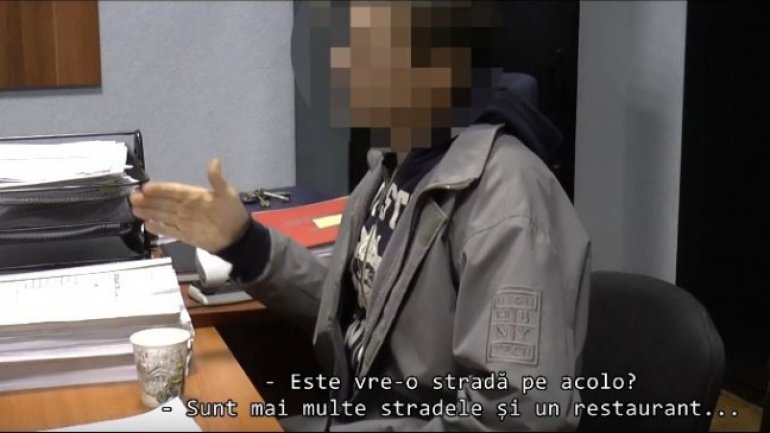 Prosecutors present new details and video images in the file on the attempted assassination of Vlad Plahotniuc.

They say the hearings have confirmed certain whereabouts they had known, the initial plan has been confirmed, as new elements have emerged.

According to prosecutors, Grigore Caramalac, aka ‘Bulgaru’, is one of those who ordered the assassination of Vlad Plahotniuc.

The information has been confirmed by people detained in the file:

"We have video images and audio recordings. The information has been confirmed by one of the detainees, who was to make the kill. He says they were threatened to execute the murder and that he was certain all the killers would have later been killed by Karamalak, to wipe out the traces.

The first plan was to use a grenade launcher to shoot at two stories of the Global Business Center building. The intention was to cause havoc and to liquidate the people in those offices.

The total destruction of the two stories was possible, had the grenades reached the target.

The second was they discussed was to use the same launcher to shoot at the car the target was moving in, exactly in the moment when the car was to slowly enter the garage of the same building," said prosecutor Vitalie Busuioc.

He has added the criminal inquest is confidential for now, but showed video images in which the indicted make statements.

"The results of the criminal actions in Ukraine will be sent to us, following a letter rogatory. For now we can inform you several people from the criminal group, which had been involved in easing this assassination, do testify.

We will also hear them through letters rogatory and we’ll come up as soon as possible with details on the evidence gathered by the Ukrainian side. We also have other evidence we’re working on. Certainly the criminal investigation is confidential at this point and we cannot offer all the details, but all the identified people have been indicted," prosecutor Vitalie Busuioc said.

Two people talk about the circumstances of committing the felony. They refer to the man close to Karamalak:

- What details did Zabolotny give at the first meeting? Whom shall ‘scare’ and how?
- He did not tell me whom, only I must ‘scare’ someone. To shoot at the window.
- What to shoot at the window with?
- With the grenade launcher. He showed me the window to shoot at.
- What’s next to the building?
- Dwelling blocks. Several small streets and a restaurant.

- He told me it was the 4th or the 5th floor.
- No matter which, yeah?
- Had I hit it, nothing would have remained from the two stories.

- "The man" (Caramalac) is pissed off... Execute, because you took the money and you’re responsible. I understand responsibility, but there are unfavorable whereabouts.
- Did he threaten you?
- First he made some hints, then he became tougher. I did not go outside. My wife and I were worried, did not turn the light on, covered the windows.

According to Busuioc, Caramalac would have ordered the kill on motive he had had more pending files in Moldova, and he was to be sentenced. That is why he tried to haste the assassination. The killers were to get about EUR1 million, all in all.

"When Zabolotny told me the target, I even could not pronounce his name correctly. Grigore hates him because of some files. Caramalac says Plahotniuc opened files, that’s what I understood," said one of the indicted.

- I am not sure they got the second installment. Probably not.
- But what would they do, if they did not give the money?
- They would have killed me.
- Who?
- Who what? At order. At Caramalac’s order.

One of the heard people is Chirov Stepan Harlampi. On April 10, 2017, he was escorted to the Chişinău Court, indicted with attemping to kill PDM leader Vlad Plahotniuc.

"The hearings were assisted by lawyers. They are supported by special investigation evidence," concluded prosecutor Vitalie Busuioc.

PUBLIKA.MD reminder: the attempted assassination  of the leader of the Democratic Party from Moldova, Vlad Plahotniuc, was foiled by Moldovan and Ukrainian law-enforcers.