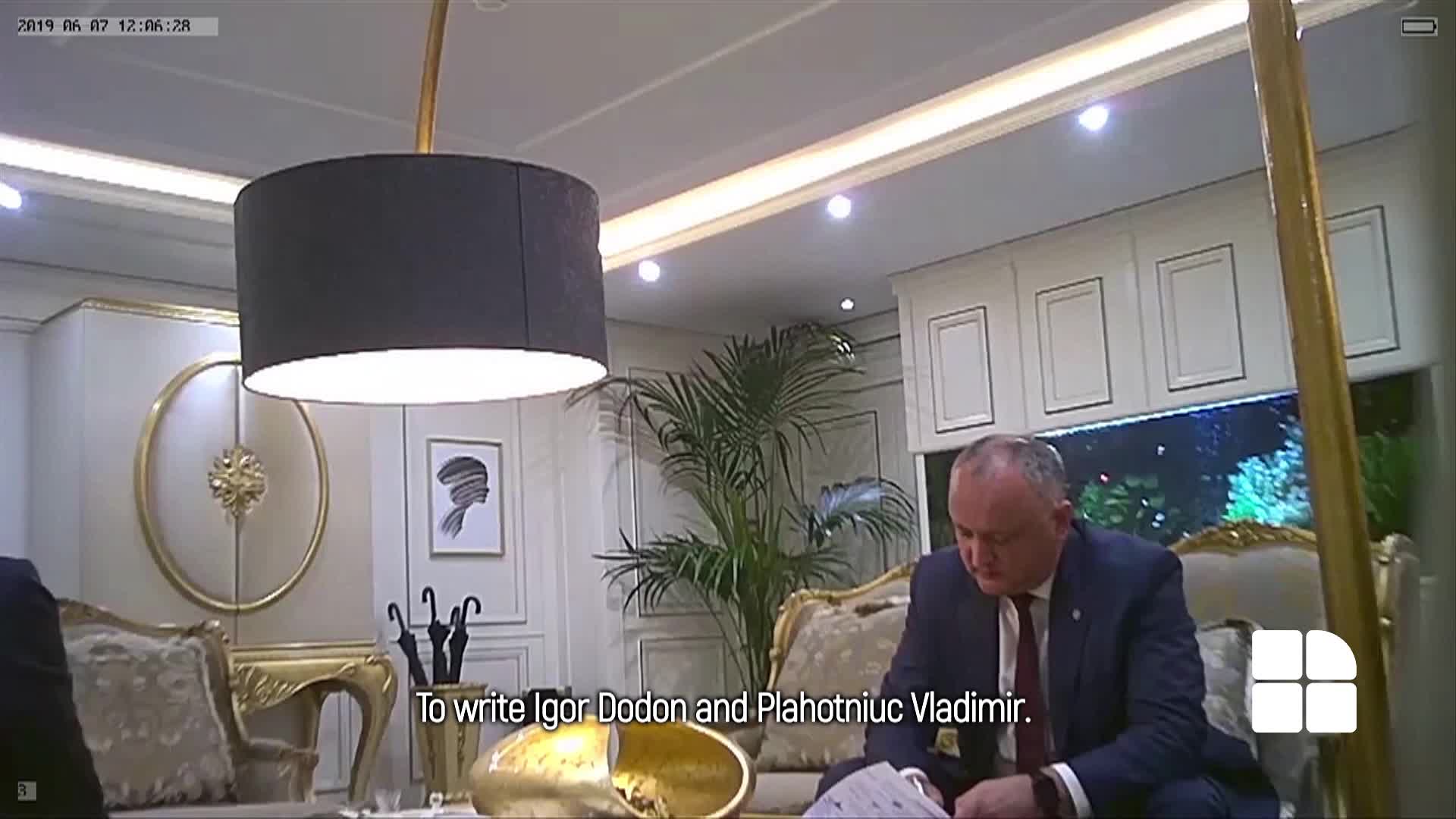 PUBLIKA.MD presents new evidence where Igor Dodon presents the federalization plan for the Republic of Moldova.

IGOR DODON: I think that me and Plahotniuc should sign a secret…

IGOR DODON: “to make joint efforts for the reintegration of the country by granting a special status to the Trandsnestrian region within the Republic of Moldova providing wide legislative, executive distributive authority…

IGOR DODON: as part of the Republic of Moldova, providing

IGOR DODON: Kozak dictated that to me..when I said that we can do the Federalization, ”executive distributive authority in the political, economic, social and cultural areas”. I think this sounds alright. I don’t see ...

SERGHEI IARALOV: I would adjust a few moments.. I would keep only „the special status”.

IGOR DODON: Serioga, this is a matter of principle.

SERGHEI IARALOV: Yes, I can imagine.

IGOR DODON: And where you wrote about trilateral negotiations, please add “for the purpose of maintaining fully-viable trade relations with the Russian Federation and the CIS countries”. It is a logical step.

IGOR DODON: Write. It needs to be written..

IGOR DODON:  “With the aim of maintaining fully-viable trade relations with the Russian Federation and the CIS countries”..

IGOR DODON: And keep it as we have written previously concerning the proportional system…”we will be considering the modifying…”

SERGHEI IARALOV: “To start considering the possibility of modifying the electoral system…listen, what is wrong..?“

IGOR DODON: This is already agreed on ”discussing at the next snap Parliamentary ellections – the modifying the electoral system to a proportional one”.

SERGHEI IARALOV: The last version has been agreed upon, which we sent you at 6 am ..Igor Nikolaevici, just don’t..

IGOR DODON: But this has been agreed with Kozak!

SERGHEI IARALOV: Igor Nikolaevic, renaming the concept of Federalization – that was discussed with Kozak. It comes out that this item is changed too, you changed it by yourselves. You should be straight.

IGOR DODON: Stop trying to convince me. I am telling you that there are issues that may fail. That is why I am saying this.

SERGHEI IARALOV: Ok, you’ll think about that too. Here, I can’t. What you have previously said I can do, but this will raise a dust. Ok?

IGOR DODON: It will break everything. They ( Russians) are also convinced that he (Vlad Plahotniuc) will not sign it.

SERGHEI IARALOV: Why is that?