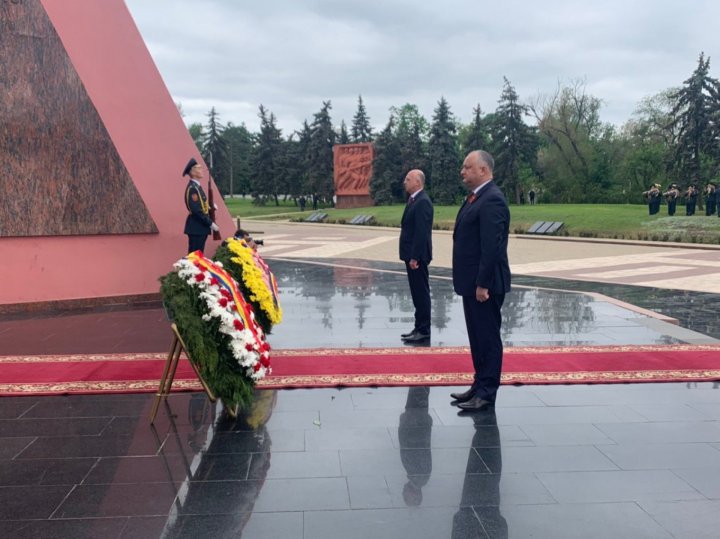 The May 9 events started with flower put at the Eternity Memorial. President Igor Dodon and premier Pavel Filip put flowers at the monument and commemorated the war heroes.

The Moldova's hymn performed at the event.

Also, during the day, the Democrate Party of Moldova will organize some events. DPM invites all the Moldovans at the Peace and Prosperity celebration in the Metropolitan Cathedral Square from the Capital.

People will be welcomed by music, dances, patriotic poetry and a meal.

The program will start at 9:00 AM. The Minister of Interior Affairs will also perform. The veterans will be met by the Guard of Honor. They will get a meal and will set pigeons free. The National Army will cook the food and set some tents.

For the kids, the authorities also prepared some activities among which a painting flash-mob. 300 children will perform on the stage. The program will continue with a Mounted Police parade. National artists such as: Geta Burlacu, Doina Sulac, Maria Țonina, Vitalie Maciunschi and the musical band "BrioSonores", will entertain the audience.

Later, the Academic Choir will perform some classic music. Since 2017, Moldovans are celebrating Victory and Europe Day on May 9.