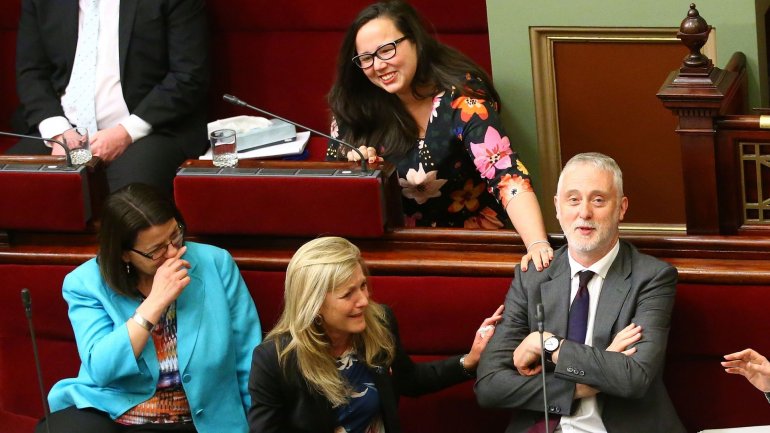 An Australian state parliament on Wednesday stepped closer to passing a voluntary euthanasia bill, 20 years after the country repealed the world's first mercy-killing law for the terminally ill.

The Victorian Legislative Council passed the bill on doctor-assisted suicide 22 votes to 18, after hours of passionate debate that ended with several lawmakers in tears. The vote was the last significant hurdle to euthanasia becoming legal in Australia's second-most populous state from 2019.

The Legislative Council insisted on amending a bill passed by parliament's lower chamber, the Legislative Assembly, last month, 47 votes to 37. The amendments reduce the maximum life expectancy of an eligible patient from 12 to six months, increases the minimum age from 18 to 25 years and demands that a patient reside in Victoria for at least a year. The draft bill only required that a patient reside in Victoria, in a bid to avoid other Australians and foreigners traveling to the state to die.

The Legislative Assembly is likely to endorse the amended bill next week.

"This is a momentous day in the parliament of Victoria," government lawmaker Gavin Jennings told the Legislative Council after the vote.

"This legislation just doesn't stack up. I mean, this is sloppy; really, really sloppy and we are talking about people living and dying," opposition lawmaker Bernie Finn said.

"Euthanasia is an easy, cheap and dangerous way out of addressing palliative care funding while risking the lives of vulnerable people," Shelton said in a statement that urged other states not to follow Victoria's lead.

The parliament of Australian's most populous state, New South Wales, last week rejected a doctor-assisted suicide bill by a single vote, 20 to 19.

Australia's sparsely populated Northern Territory in 1995 became the first jurisdiction in the world to legalize doctor-assisted suicide for terminally ill patients. But the Australian Parliament overturned that law in 1997 after four people had been helped to die.

The Australian Parliament does not have the same power to repeal the laws of states such as Victoria.

Victorian Premier Daniel Andrews, who became a euthanasia advocate after his father died of cancer last year, has described the proposed state laws as the most conservative in the world.

Laws to legalize mercy killings have been narrowly rejected by three of Australia's six states.

Under the Victorian bill, a doctor would be permitted to administer a lethal injection only in cases where patients were physically incapable of doing so themselves.