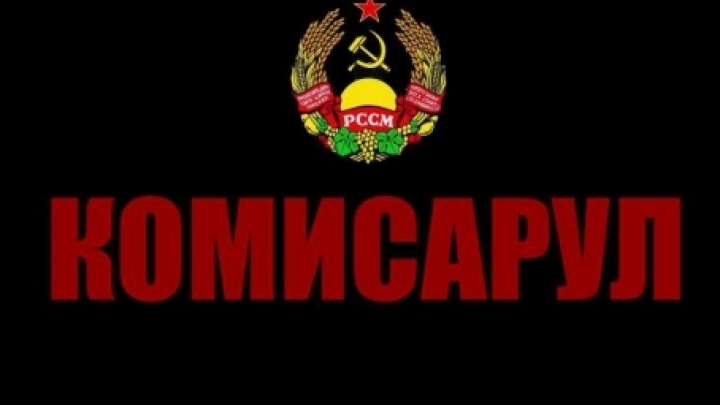 The Commissar’s team went to Palma de Mallorca, one of the most popular tourism destinations in Europe, today.md writes.

Preoccupied by the revolution and its financial backers, we’ve got information from several sources, but all of it is leading to the same track. The footprints of the Chișinău revolution lead not only to Frankfurt, but also to Palma de Mallorca, to the house of the mobster Victor Țopa, the one pulling the strings of the DA Platform.

The real estate agencies from the island sell at huge prices the dwellings. Only the richest people on the planet can afford buy real estate there. Among them – the godfather of the Chișinău revolution, the thief who made Moldova poorer together with the Lucinschi clan and all kind of filats, sturzas, platons... It’s Victor Țopa. It was not hard to find his house for which he paid 5.2 million euros, as too many Moldovan politicians were there. Țopa’s son, Petru, made selfies there and boasted with them on the Facebook. With the jewel bought with the money stolen from ASITO, AIR MOLDOVA, VOAIAJ INTERNAȚIONAL, BEM and other dubious businesses.

After flying the drone over you realize why the prices are so high for this luxurious real estate, but also the size of the wealth gained from the systematical robbery of Moldova. You clearly realize why Vlad Filat is not ashamed of recognizing he’s friend with Victor Țopa, or his wealth is colossal ever since they were stealing together in the Sturza Cabinet.

The luxurious house in the first line of SANTA PONSA’s coast was used as a shelter for Filat and for many other Moldovan politicians. This villa was the cradle of the revolutions and raider attacks in Chișinău. The Platform was conceived here, the dividends from laundering the money were shared here, valuable instructions to Andrei Năstase were issued here. It was here that Vlad Filat negociated everybody’s share, including the share from devaluating Banca de Economii (BEM).

It’s interesting now how Andrei Nastase will try and persuade us that he is again a victim of media attacks, and no Mallorca sand pours from his flip flops. It’s interesting how he is going to explain to his mother why she, having hundreds and thousands of euros and apartments in Chișinău, has no separate room in Țopa’s villa on MALLORCA, but has to gather pension money for her operation and to live in the modest house in Mândrești village.

The information about the visitors of this villa, as the convict Filat had said, could explode the Chișinău political topnotch, or too many found a shelter here while negotiating all kind of scams with Andrei Năstase’s godfather and Filat’s close friend. As for the house, it was deemed as a sanctuary for all the Țopas family. Apart from Victor and Ana Țopa’s room, each of those 5 kids has a room. A room is for Andrei, another for the thieves, sorry, the Moldovan political guests. All of them may enjoy the pool.

At a distance of about one kilometer, there is another interesting place. Port Adriano, where Victor Țopa takes his friends, godsons and slaves from the Moldovan politics to show them his yacht. The luxury is ravishing. But not Viorel Țopa’s sister, involved in the money laundering scams earlier described, as she made pictures of herself and her husband Răzvan Paveliu exactly in that place.

Andrei and the other guests of Victor Țopa enjoy wonderful stays on the isle. The cuisine is divine. The money is not a problem for the puppet stringers of the Moldovan politics. They made their money – before running from the country – through the agency of the ones now staying in jail or arrested in Kyiv.

The only ones who will never have access to all those wonders are the ones having protested on the square together with the emissaries of the Filat-Țopa brigade – Andrei Năstase. Everyone has his own house: some have a villa of 5.2 million euros, others – a tent on the Great National Assembly Square. The cannon meat needs no luxury. The cannon meat must vote, otherwise Țopa, Andrei and the other will not be able to pay their bills for the dwellings they have in Frankfurt, Mallorca, Schinoasa, Centru and many other places that we’ll surely find out.