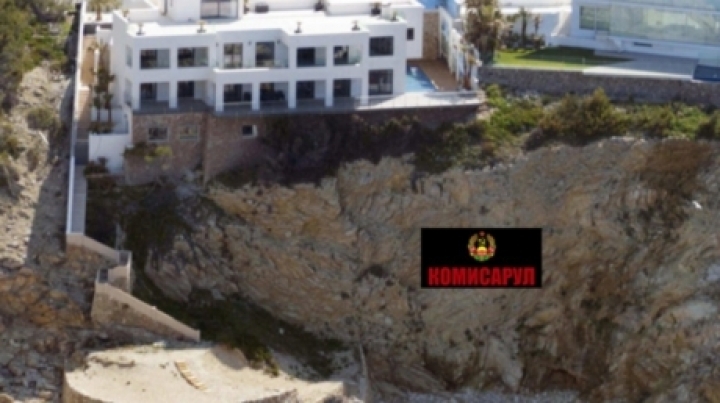 Mobster fugitive Victor Topa, who sits behind "Dignity and Truth" Platform is involved in tax evasion schemes and owns a luxurious villa in Spain, purchased with the money of an offshore company, whose founder is his wife Ana.

The team of today.md posssess these documents and previously published a comprehensive investigation about the holiday home in Palma de Mallorca where 'Dignity and Truth' Platform leader, Andrei Nastase and other politicians.

The investigation also shows that the property was purchased from the millions  transferred by other companies owned by Victor Topa,  Fronetex Limited. And the wedding godson of mobster Topa, Andrei Nastase, benefits from the luxury of this villa.

"This is the house of Victor Topa, which he bought for 5.2 million euros. Now here his wife and  five of his children live there. From time to time Andrei Nastase is expected in this house because the tents in the Square are hardly comfortable ", said journalist Gabriel Calin.

According to journalists disclosures, fugitives Topa met with several politicians from our country and staged the protests of the platform.

Former Prime Minister Vlad Filat coordinated the robbing the Banca de Economii also there. The authors of the investigation writes that Topa husbands haven't passed the villa on their behalf, to not pay taxes from the undeclared money. Victor Topa, along with his criminal business partner Viorel,  have robbed millions of euros from our country through schemes that included aviation companies, raider attacks and blackmail.