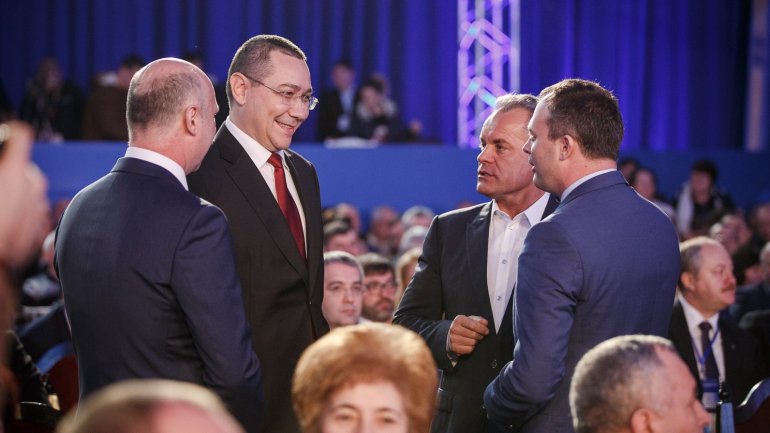 Democratic Party convened today at the eighth congress of the party. Invited to the event, Vice-President of the Socialist International, Chairman of the European Affairs in the Parliament of Romania, Victor Ponta, urged PDM to be the only party in Moldova governing for the people.

You know best what you should do to Moldova. To receive us, those who come with an open heart and specific projects. The fact that you managed to pass Moldova over difficulties is a success. I will support you from the position I have.

I think Romania should not give you advice, lessons. You must learn from the lessons of Romania. I want you to have a government that loves Moldova. I congratulate Mr. Filip because he has a tough job. You managed to overcome all difficulties this year. PDM must be the only party in Moldova governing for the people.

Greetings from everyone in the PSD. You must create a Moldova for citizens, for those who are in the country or abroad. I want to congratulate Mr. Vlad Plahotniuc and to wish him success for all he will do. I want to wish you success" said Victor Ponta.

In the Congress hall is Victor Ponta, vice president of the International Socialist, Chairman of the European Affairs in the Romanian Parliament, Sonja Lokar of the Party of European Socialists and several leaders of the Social Democrats of Georgia, Ukraine and Romania.