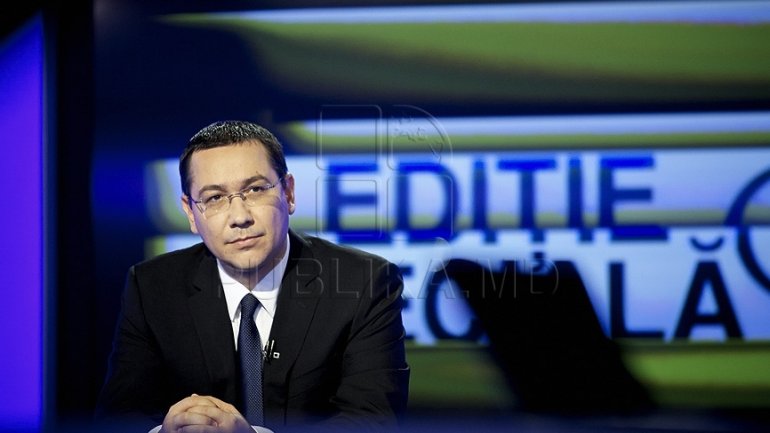 Moldova's European path is important and necessary for the country's development. This is the opinion of Romania's former prime minister, Victor Ponta, who was the special guest of the Fabrika talk-show on March 8th. According to him, Moldova must have good relations with all countries, but only good cooperation with Romania and the European Union will bring stability and welfare of our country.

"I see there are two important political forces. The governing Democratic Party that assures stability to Moldova and gives a very clear direction, the EU, Romania. Also, PSRM party of Igor Dodon that has a different orientation and a different mentality about Moldova's future. I hope that Moldovan people, no offense to Mr. Dodon, the Socialist Party will not win. Stay with the Democratic Party to Romania and Europe " , said the former prime minister of Romania.

Victor Ponta also said the program of the uninominal voting system for elections reform is beneficial for our country. According to him, MPs will be more responsible and Moldova will develop faster.

"Sure, it makes you more responsible. And the thought that over four years you're going back to the same people makes you more sensitive as a politician. That's why the United States and Britain have never changed this system" , said Ponta.

Former Romanian prime minister praised the reforms implemented by the Moldovan government last year and encouraged the authorities to continue all projects started. Victor Ponta also stated that a good cooperation between the President and Government will help improve the quality of life in Moldova.