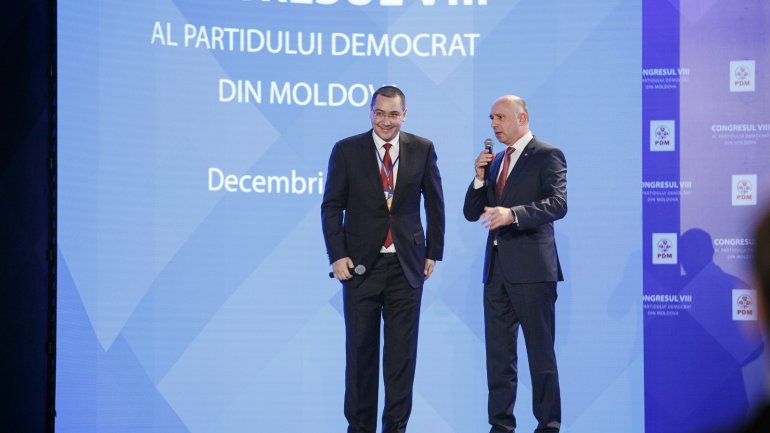 Victor Ponta was awarded the Order of the Republic for the merits he has brought for the increase and improvement of economic relations between Moldova and Romania. The distinction offered through the decree of President Nicolae Timofti and was handed by Prime Minister Pavel Filip, during the PDM congress.

"I want you to send President Timofti my thanks. I'm glad that the things we did together reached the people who live in Moldova. I assure you that in Bucharest you will always have friends and brothers who will help you in need" said Victor Ponta, vice president of the Socialist International, Chairman of the European Affairs Commission of the Romanian Parliament.