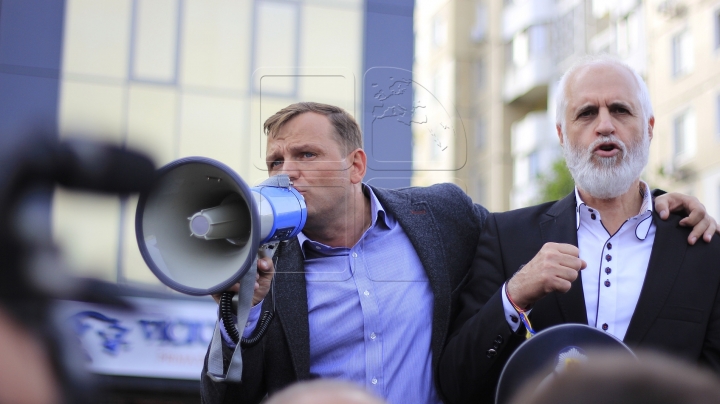 The meeting of the “Dignity and Truth” Party leader, Andrei Nastase, behind of which are the convicts Topa, with the Diaspora from Moscow is strange and hides a scenario.

The declaration was given by the political analyst Victor Gurau, who also says that Nastase actually went to Russia to receive directions and to meet a criminal leader.

“First of all, meeting a group of people who are rejecting you from the start is too strange. This directs the attention to a hidden scenario, because you have to be too dimwitted to meet people and to get booed without receiving something. Here is a scenario, and this scenario had to show the capacity of Nastase to meet anyone anywhere, but at the same time they are hiding the basic scenario, that is the meeting with the persons who had to give some directions to this possible candidate. The Russian special services are acting always through people with influence, even from the criminal field, who might be blackmailed and controlled” said the political analyst Victor Gurau.

The political analyst also believes that DA leader went to Moscow to put a plan into practice, convenient to Topa fugitives, and the objective was the meeting with the criminal leader Grigore Karamalak.

Moreover, in Gurau’s opinion, the meeting was coordinated by Renato Usatai, which might be demonstrated through the absence of the diaspora leaders at the meeting with Nastase.

The analyst claims that DA leader met some representatives of the radical groups linked to Usatai.