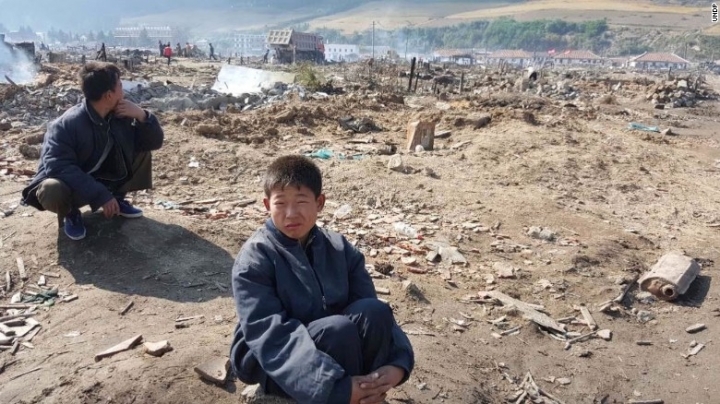 One month after devastating floods ravaged North Korea's northeast, aid agencies have warned that many survivors are homeless and at risk of disease as winter looms, reports CNN.

"The situation at the moment isn't easy, but in two to three weeks it will be a different story," Patrick Elliott, a delegate with the International Federation of Red Cross and Red Crescent Societies (IFRC), said in a statement released Friday.

The IFRC has warned that incoming snowfall in October could be disastrous for unprepared flood survivors.

Elliott said that increasing numbers of old people and young people had been diagnosed with respiratory infections and diarrhea.

The floods, considered the worst in decades, killed hundreds, left 70,000 people homeless, and a total of 140,000 people in desperate need of assistance in the north of Hamgyong province.

The flood-affected region has been described as particularly impoverished and a UN report describes how north Hamgyong province has some of the highest levels of stunting and muscle wasting among children under the age of five.

The floods, according to an IFRC report, have also damaged over 27,000 hectares of arable land that would have provided essential food supplies for many families in the area.

Flood survivors are currently staying in public buildings and with host families. While the IFRC is purchasing thousands of roofing sheets for temporary shelters, the North Korean government has started to reconstruct permanent homes.