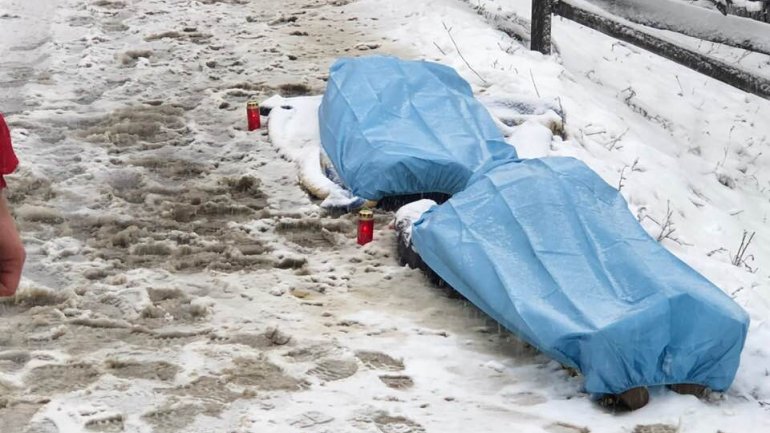 The two citizens of Moldova, who passed away yesterday, after a grave accident in Harghita district, Romania, will be brought today home. In Orhei, Jora de Mijloc village, where one of the victims, a 33-year-old woman, lived and left behind a family.

Veronica Gore was working in Czech Republic with her husband. The two were working in a factory making televisions. They had to leave their children behind, because they wished to gather money to reconstruct their house.

For holidays, Veronica's husband remained in Czech Republic, while she decided to go home to spend some time with their children and parents, but never managed to arrive.

"She always helped me. Washed the drapes, the carpets, we helped each other. She was my hope, I was taking care of the boys and she took care of everything else. I was waiting for her to come back, prepared food" victim's mother-in-law, Vera Gore said.

Veronica's parents-in-law said that they found out of the accident from news, but never believed that she was the victim.

"There are many such cases, but we never expected it to happen to us. They started calling us, to say that unfortunately, your daughter or daughter-in-law passed away in an accident. She was kind, we got along very well, I cannot imagine what we will do without her" victim's father-in-law, Isache Gore said.

Andrei Gore, her eldest son, claims that they kindled the fireplace, so that it will be warm when his mother will arrive home.

"We cleaned the house. It was warm and nice" the victim's eldest, Andrei Gore said.

When she left from Czech Republic to Moldova, Veronica spoke with multiple neighbors on the phone, saying that she is coming home. Her last phone call was made from Romania.

After the accident took place on Sunday, in Harghita district, România, another 34-year-old man from Durleşti town has also lost his life. The victims were in a minibus going from Praga to Orhei.

Due to the snow and frost, the vehicle went off the line, hit a pillar and was overthorn. Authorities from Chisinau have created a special division to establish all circumstances.