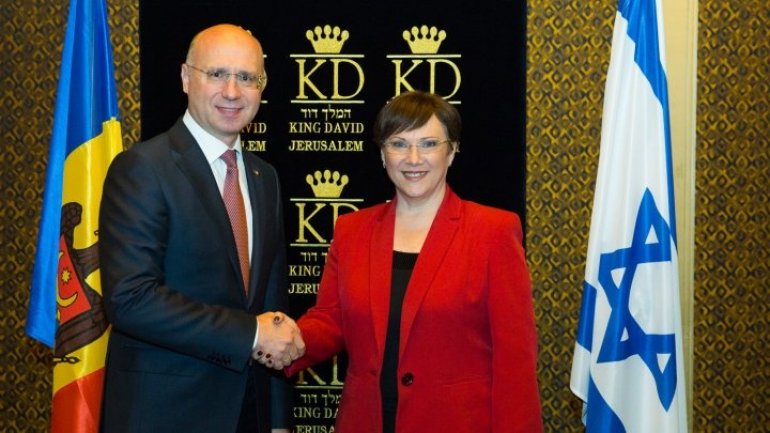 The Chisinau government is leading right path of developing country. Israeli businessmen can change their points of view about Moldova.

This was stated by Deputy Speaker of the Israeli legislature Tali Ploskov at the meeting with Prime Minister Pavel Filip, who is on an official visit to this country.

The Knesset Deputy Speaker of Israel, originating in Moldova, also had a message for our citizens.

"Now, for Moldova, the most important thing is to have political stability, that is, you must allow people who are already in high positions to do their job," said Tali Ploskov, vice president of the Knesset of Israel.

"There are many Israeli potential investors we want to talk about strengths and attractiveness in Moldova", said Prime Minister Pavel Filip.

Pavel Filip mentioned the importance of agreement approval of social project regarding Moldovan citizens living in Israel. Tali Ploskov pledged her support for this project as well.

"I have great emotions in this kind of meeting, because there are representatives of the country where I was born and where I lived a lot of my life. Besides these personal feelings, we also discussed the evolution of the relations between our countries, I think there is great potential for this," said Tali Ploskov, vice president of the Knesset in Israel.

Prime Minister Pavel Filip will also have a meeting with Israeli Prime Minister Benjamin Netanyahu, but also with several ministers from the government of this country.

He will also meet with the Moldovan diaspora and representatives of the Jewish community from Moldova.