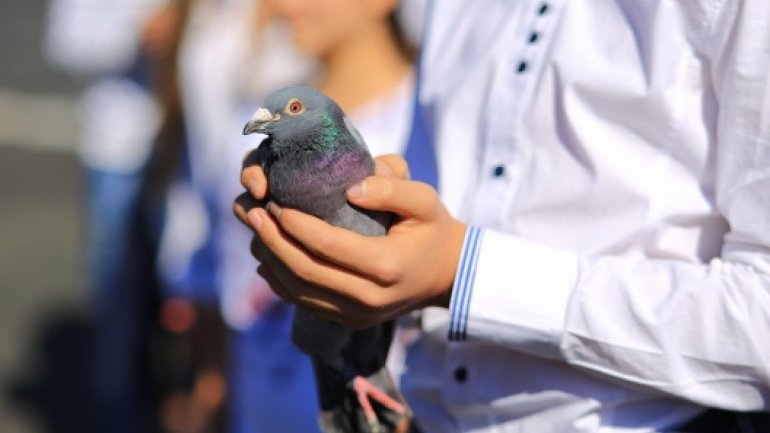 Today the world celebrated International Peace Day. In Chisinau this event was marked by a veteran march to lay flowers at “Maica Indurerata” monument. This way they wish to commemorate those who have lost their lives protecting our homeland.

The demonstration begun at Nativity Cathedral all the way to the Government's building, where children released doves, the symbol of peace:

"For me peace is when there are no fight in the country."

"Peace is when the country has a stable political view, when there are no conflicts, when there is harmony and kind people."

"For us war is not a simple word. But one we dread and at the same time are thankful for, since we came back alive."

"I wish for my children, my grandchildren and everyone, not only those from Moldova, to live in peace and not even know what war means."

When asked all veterans have agreed that the withdrawing Russian troops from the territory of Moldova should happen as soon as possible.

"We plea the authorities to insist with all they have, using diplomacy the withdrawing Russian troops from the territory of Moldova, as they are basically invaders and a permanent threat" veteran of Transnistria War, Alexandru Morărescu declared.

The organizer of those events, Minister of Internal Affairs, Alexandru Jizdan has also participated.

"Peace is a luxury we must fight tooth and nail for. We will protect it, until the end", Minister of Internal Affairs declared.

At the same time, the Ministry has also launched a video where all their employees declare what peace means for them.

United Nations General Assembly has proclaimed the third Thursday of September the International Peace Day in 1981.