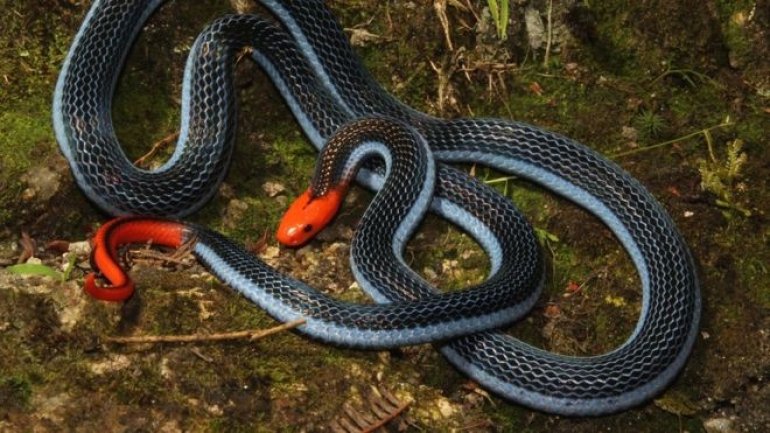 A snake with the largest venom glands in the world could hold the answer to pain relief, scientists have found, reports BBC.

Dubbed the "killer of killers", the long-glanded blue coral snake is known to prey on the likes of king cobras.

The venom of the two-metre-long snake native to South East Asia acts "almost immediately" and causes prey to spasm.

New research published in the journal Toxin found it targets receptors which are critical to pain in humans and could be used as a method of treatment.

"Most snakes have a slow-acting venom that works like a powerful sedative. You get sleepy, slow, before you die," said Dr Bryan Fry of the University of Queensland who is one of a team of researchers working on a study into the effect of the snake's venom.

"This snake's venom however, works almost immediately because it usually preys on very dangerous animals that need to be quickly killed before they can retaliate. It's the killer of killers."

Cone snails and scorpions are some of a handful of invertebrates whose venom has been studied for its medical use. However, as a vertebrate, the snake is evolutionarily closer to humans, and so a medicine developed from its venom could potentially be more effective, says Dr Fry.

"The venom targets our sodium channels, which are central to our transmission of pain. We could potentially turn this into something that could help relieve pain, and which might work better on us."

The snake's venom glands extend to up to one-quarter of its body length.

"It's got freaky venom glands, the longest of any in the world, but it's so beautiful. It's easily my favorite species of snake," said Dr Fry.

It is the first vertebrate in the world known to have venom acting this way according to Dr Fry.

But the snake is rare, with more than 80 percent of its habitat having been destroyed.

Dr Fry and his team, which comprises of researchers from countries such as China, the US and Singapore is set to study relatives to the snake in Singapore.