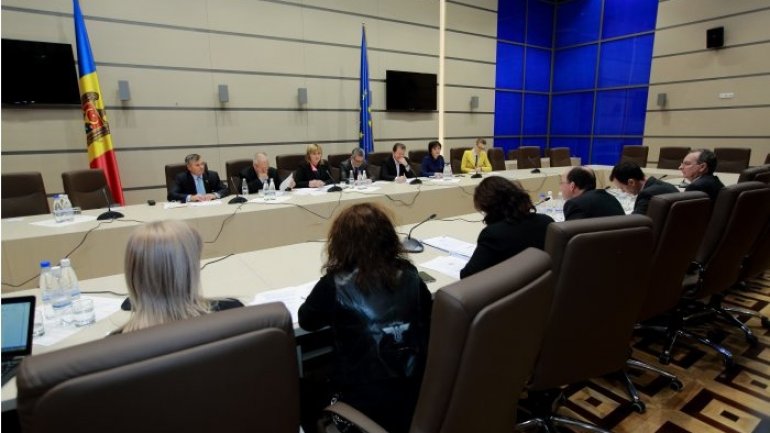 Deputy Parliament Speaker of the Republic of Moldova Liliana Palihovici, today had a meeting with the Venice Commission delegation, which is on a working visit to Moldova on 1 – 4 November, the parliament's communication and public relations department has reported, according to Moldpres.

The Venice Commission Delegation arrived to Moldova to document the existing opinions on the draft law no. 281 from 09/07/2014 amending and supplementing certain acts, which introduces the concept of "security mandate" and the draft on amendment no. 161 from 13.04.2016, additionally supplementing certain acts. These projects caused many reactions and debates in Parliament and in society. According to the Deputy Speaker of Parliament, any change in legislation should take into account, as a priority, respect for human rights. Therefore, in the ensuing debates on the projects mentioned above, Parliament should consider whether these changes do not affect in any way the right to intimate, family and private life; right to free expression of opinion; secrecy of correspondence and other rights provided by the Constitution. Parliament will debate these projects after receiving the opinion and expertise of the Venice Commission.

The Venice Commission delegation is on a visit to the Republic of Moldova on 1 – 4 November 2016. During the visit, the delegation will meet with representatives of the Moldovan Government, the Members of the Commission on National Security, Defence and Public Order, Legal, Appointments and Immunities Committee on Human Rights and Ethnic Relations and civil society.