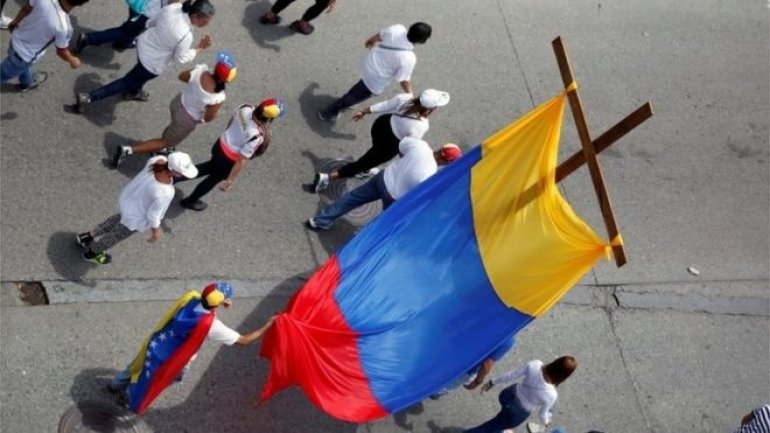 A woman who was injured during a pro-government march in the Venezuelan capital, Caracas, has died, ombudsman Tarek Saab said on Sunday, BBC reports.

The 47-year-old woman was hit by a bottle of frozen water thrown from a building at government supporters, Mr Saab tweeted [in Spanish].

Ten people have been killed in pro- and anti-government demonstrations this month so far.

Another 11 people died on Friday when a bakery was looted in Caracas.

Tension has risen sharply in Venezuela following a controversial decision on 29 March by the country's Supreme Court to take over the powers of the opposition-dominated National Assembly.