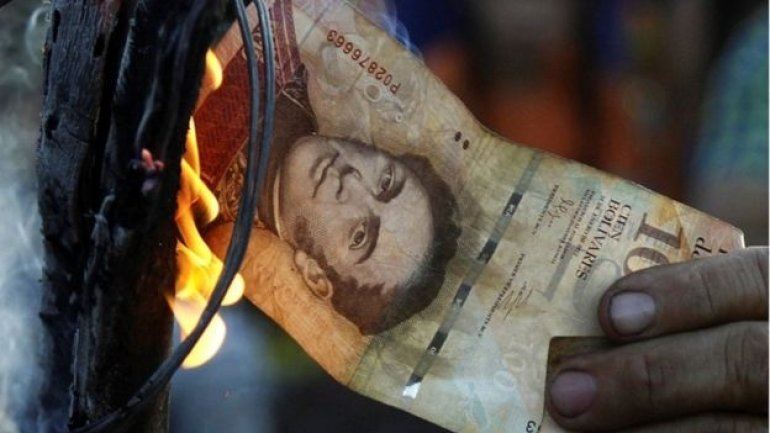 Venezuela's President Nicolas Maduro has delayed the withdrawal of the 100-bolivar banknote until 2 January, informs BBC.

The sudden change of policy comes after days of economic chaos.

In a national broadcast, Mr Maduro claimed his country had been the victim of international sabotage, which had prevented new 500-bolivar currency notes arriving in time.

Many Venezuelans have spent several days in long queues trying to hand in or swap the old notes.

Thousands of shops have closed because of a cash shortage, and the public have been forced to rely on credit cards or bank transfers. Many were left unable to buy food.

Anger over the move led to skirmishes in six cities on Friday, the Associated Press reported. It said 32 people were taken into custody and one person was injured.

In Caracas, people waved their 100-bolivar bills in the air and chanted "they're useless!" - then turned and ran as police in riot gear fired tear gas.

The government had said the scrapping of the 100-bolivar note was necessary to prevent smuggling.

The president said the aim was to tackle gangs which hoard Venezuelan currency abroad, a move he has previously described as part of the "economic war" being waged against his government.