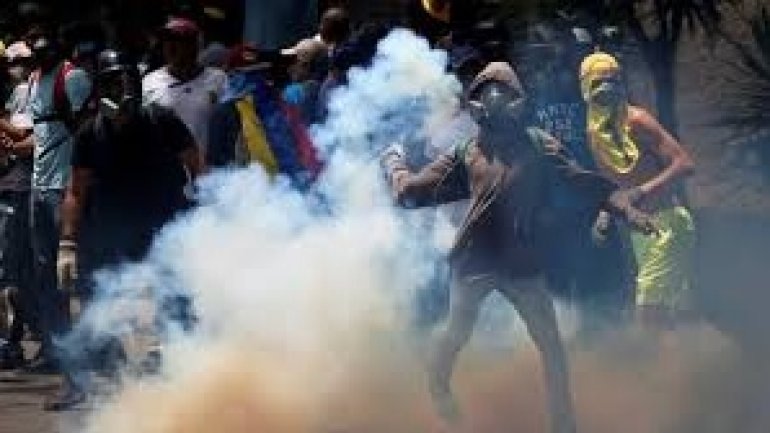 At least three people have been killed in Venezuela in protests against the government of President Nicolas Maduro, according to BBC.

A teenager in the capital Caracas and a woman in San Cristobal, near the Colombian border, were shot dead.

A national guardsman was killed south of the capital.

Tens of thousands of people rallied to demand new presidential elections and the release of jailed opposition politicians. Mr Maduro accused the opposition of attacking police.

He also accused them of looting shops, saying that more than 30 arrests had been made.

Supporters of the government held a rival rally in Caracas.

Despite having the world's largest proven oil reserves, Venezuela has suffered for several years from high inflation, rampant crime and a shortage of basic goods.