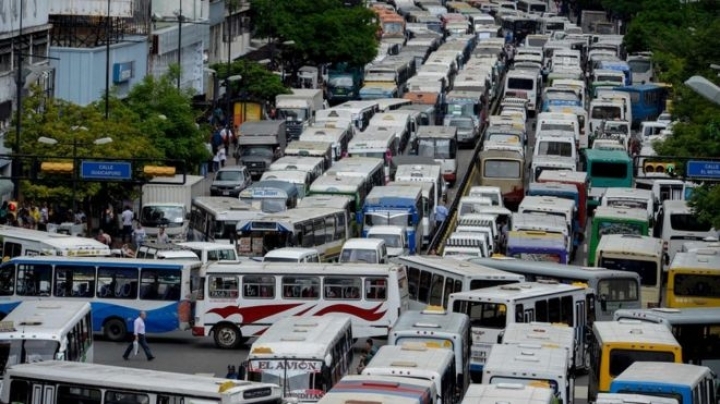 Bus drivers in the Venezuelan capital, Caracas, have paralysed the city for eight hours by blocking the streets with their vehicles to protest against the country's economic crisis, BBC reports.

Hundreds of drivers demanded more pay and protection from violent crime. Many said they needed more money to maintain their buses and complained of scarcity of spare parts.

Meanwhile, the electoral authorities ruled out a recall referendum this year against President Nicolas Maduro.

The decision is a setback for the opposition, which has been pressing for a vote to oust him.

The electoral commission said a referendum could take place early next year if the opposition secure the signatures of four million voters in a three-day period in October.

The timing of the vote is crucial: if Mr Maduro were to leave office after 10 January there would not be fresh elections and the vice-president would take over.

The protest in Caracas is believed to have affected half of the bus fleet in the city of three million people.

Venezuela has faced shortages of many goods, including food and medicine.

Tires, car batteries and motor oil are in short supply, they say.

A spokesman for the drivers said they would continue their protest on Thursday if the government did not respond to their complaints.