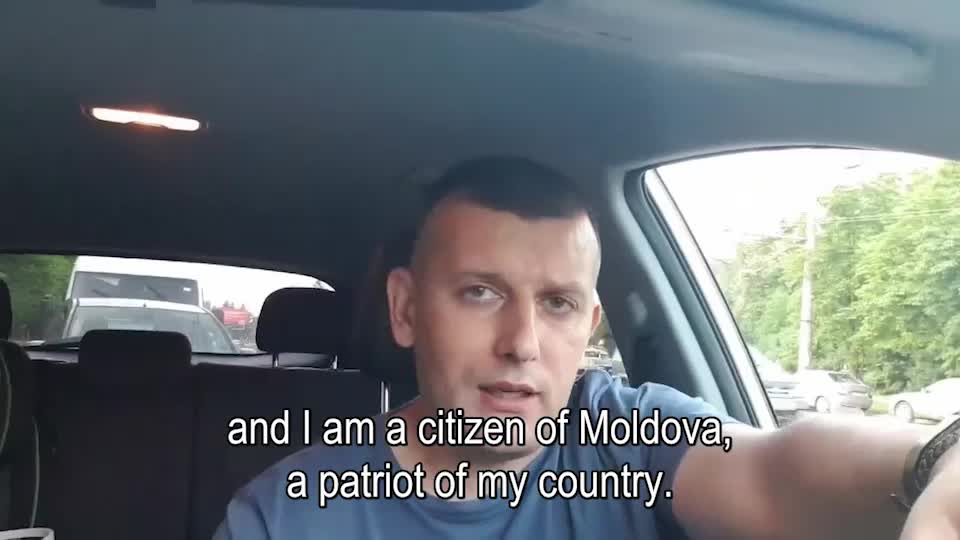 'Hello! My name is Veaceslav Valiko and I am a citizen of Moldova, a patriot of my country.

And today I want to answer to all the speculations, instigations that arouse about me lately. First, I am not a member of the Democratic Party now, even though I like Democrats in opposition even more. The last 2 years I spent on the benefit of the society promoting economic reforms.

Due to my activity with the Economic Council of the Prime Minister, I can say that I succeeded to reach good results.

Most important is that I, as head of the economic platform, proposed the amendment of the Art. 244 of the Criminal Code, more precisely of the setting of the criminal punishment for economic crimes.

Before the amendment, the Article stipulated imprisonment of the economic agents that didn’t pay the taxes of 75,000 MDL (Moldovan currency) during 5 years of verification. Under this provision fell 99,9 % of the economic agents of small and medium enterprises. The amendment I proposed regulated this issue to a tax of up to 300,000 MDL for one calendar year, which allowed SMEs to activate normally.

This was not an initiative of MPs or of political parties, but of a simple citizen who is not indifferent to the fate of his country and who really fights in the citizens’ interest.

And this is not all. I’ve always fought on every platform supporting that transparent business is possible only with adequate proper taxes. I had even made a video with economic analysis of the HORECA activity, where I proved with data that under previous legislative provisions was not economically possible to pay all the taxes.

I worked with other people on lowering taxes for HORECA, in order to show and prove, on that example, that lowering taxes is the right path for economic development of the country.

No one believed, but we reached results, we succeeded to reduce the VAT to 10 % for HORECA.

And this is not all. In teamwork, we have achieved tax changes for transporters. Single tax of 15 % applied on wages for taxi drivers. For 25 years, for the first time taxi drivers began to give bills to everyone and an entire business sector came out of shadow.

I am satisfied that we had 2 productive years. And I would like to suggest to honorable MPs, who very much criticize me today, to come with similar report and tell what they personally have done for the last years, while they ripped their pants in Parliament. This is about what I’ve done and how I’ve been living for the last years.

But then came June 8. The day of shame and humiliation of the country. I personally know Dodon, we had different situations during these years, from common struggle for the right ideas and my absolute support for him, to his wish today to destroy me for my position and critics.

I always call things by their names. Betrayal is betrayal. Treason of the country is a treason.

And when the country saw how the President of the country negotiates the sovereignty of Moldova and the MPs votes who were elected by people, all the opponents of this crime were automatically ranked as supports of PDM (Democratic Party). And when I went on stage during the meeting of the Democrats I openly stated that I am not a party member. But it happens that only PDM got people on the streets to defend the Constitution and the country. I said my personal opinion and position and I will not give up on any of my word. Today, the President institution and the Parliament are discredited. President, as citizen of Moldova must resign today, and an investigation should be open to evaluate the facts stated by him.

After Dodon’s affirmations that the votes of the Socialist MPs value 1 million dollars per month, the monstrous coalition between Socialists and ACUM did nothing but also to discredit the Parliament. Only snap elections, only people’s judgement can bring legal MPs to Parliament. This is what I think. This is my position.
And because of my opinion today I started to be stalked. Thanks to patriotic friends from law enforcement institutions for not being indifferent. Today, following orders “comrades” think what fabricate about me. There are several possibilities: to find someone, who would witness against me, for a fabricated economic activity, or maybe to accuse me for coup d’etat for a second time - the first time happened when tractors rode from North to Chisinau in 2014. Or, simply throwing something on me. Using this opportunity, I declare that I don’t drink, don’t smoke and don’t consume anything illegal.

Finally, I would like to mention that if the regime is ready to stalk me for my opinions and courage to state it, then yes, I agree, I am an enemy of that regime.

During a week you've broken the laws in any possible manner.

You will become the worse successor of the previous government.

As someone told to Judah: do what you have to.

Finally I would like to say: dear patriotic friends, you don’t have to fear, they fear us more today, because they know that the truth and the law is on our side.

Today is the 11th day from the moment the state was captured, but at some point this timepiece will stop and the law will prevail. Share this video, send it to all your friends. The country is not for sale! Good bye!'
AFLĂ imediat Știrile Publika.MD. Intră pe Telegram