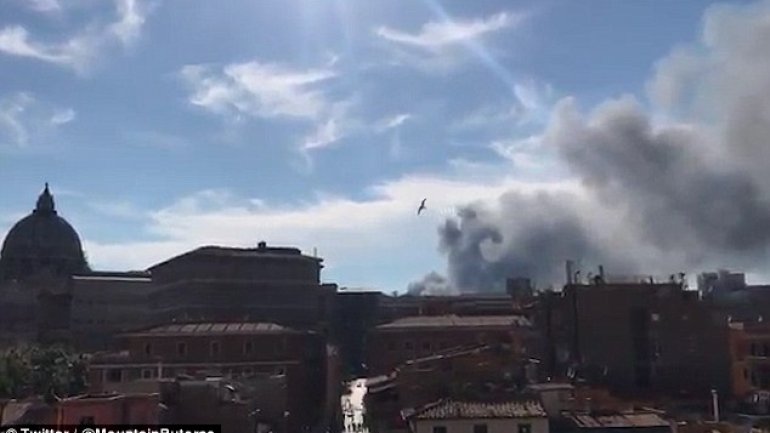 Plumes of black smoke filled the sky above Vatican City following reports of an explosion at an auto garage.

Eyewitnesses spoke of seeing thick smoke rising next to the headquarters of the Roman Catholic Church following a 'loud' bang.

The fire department in Palazzo Viminale would later release a video of a fire raging at a wrecking yard situated close to the Vatican walls.

Firefighters were shown battling the blaze as it tore through several cars and a crusher, while a nearby building was evacuated as a precaution.