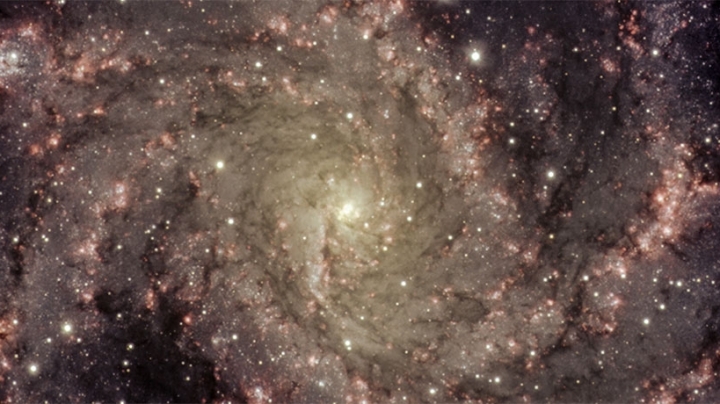 A star that mysteriously disappeared might be the first confirmed case of a failed supernova, a star that tried to explode but couldn’t finish the job. A newborn black hole appears to have been left behind to snack on the star’s remains.

In 2009, a star in the galaxy flared up over several months to become over 1 million times as bright as the sun. Then, it seemed to vanish. While the star could just be hiding behind a wall of dust, new observations with the Hubble Space Telescope, reported online September 6 at arXiv.org, strongly suggest that the star did not survive. A faint trickle of infrared light, however, emanates from where the star used to be. The remnant glow probably comes from debris falling onto a black hole that formed when the star died, write Caltech astronomer Scott Adams and colleagues.

Black holes are typically thought to form in the aftermath of a supernova, the explosive death of a massive star. But multiple lines of evidence have recently hinted that not all heavyweights go out with a bang. Some stars might skip the supernova and collapse into a black hole.

“This is the first really solid observational evidence for a failed supernova,” says Elizabeth Lovegrove, an astronomer at the University of California, Santa Cruz. “Some supernovas really do fail and this is what they look like.”