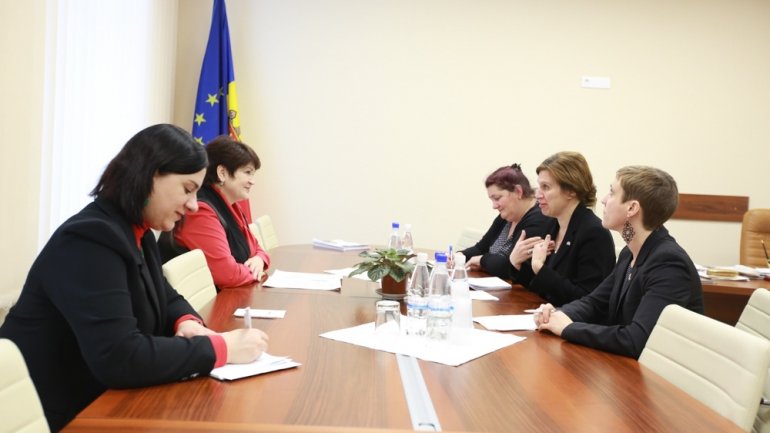 A delegation of members of the Parliament Committee on Foreign Affairs of Sweden will have an official visit to Moldova on February 7-9th.

Valentina Buliga, Chairman of the Foreign Affairs and European Integration of the Moldovan Parliament had a discussion with Signe Birgstaller,  Ambassador Extraordinary and Plenipotentiary of Sweden in our country.

According to the agenda, the commission for foreign policy and European integration of the Moldovan Parliament, parliamentary groups, MPs and representatives of other public authorities will attend the meeting.

Valentina Buliga has welcomed the intensification of inter-parliamentary dialogue between Moldova and Sweden and has praised the existing cooperation between the legislatures of both countries, based on implementation of the program of assistance offered Moldovan Parliament:

"We advocate new opportunities for cooperation on the parliamentary dimension, including the profile of the standing committees, friendship groups."

In turn, the ambassador Signe Burgstaller has reiterated his country's support in developing the Moldovan-Swedish bilateral relations and strengthening them:

"We remain committed to supporting the democratization process of the country, including through assistance to the Parliament. High level visits and contacts of parliamentary, which occurred in recent years, will continue to benefit both countries."

Parliament mentioned the activeness of the parliamentary friendship with Sweden adopted in the new composition on March 17th, 2016, which included 25 deputies from different factions. Chairman of the Parliamentary Friendship Group with Sweden is Serghei Sirbu.

Diplomatic relations between Moldova and Sweden were established on June 12, 1992.