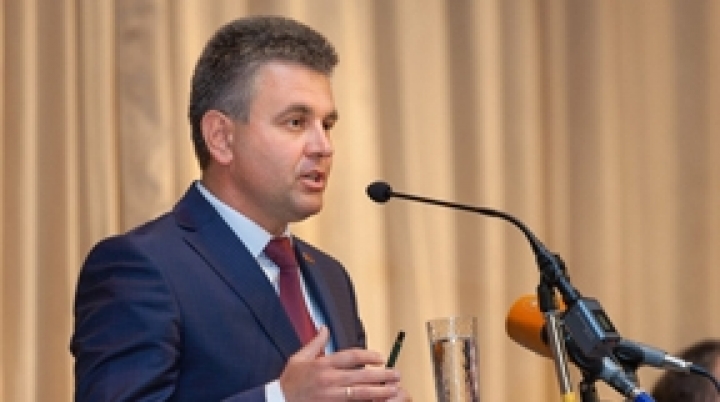 Transnistria has chosen a path of independence from Moldova with subsequent accession to the Russian Federation. That's why any scenarios of its comeback to Moldova are absolutely out of the question, Transnistrian supreme soviet speaker Vadim Krasnoselsky stated in his interview with the Parlamentskaya Gazeta of Moscow, Infotag informs.

Touching on the much-spoken thesis of the possible coming of pro-Russian forces to power in Moldova and of subsequent possible reunification of Moldova and Transnistria, Krasnoselsky stated that all such speculations are but a deceit.

"We don't believe in all this. Such a comeback variant is simply unacceptable to us. The Transnistrian people have already chosen their historic way. Unification with Moldova would annihilate our republic", said the Transnistrian parliament chairman.

"All foreign political actions by Transnistria are based on the Transnistrian people's will. Exactly 10 years ago, on September 17, 2006 Transnistrians (over 98%) spoke out for their independence [of Moldova] and for accession to Russia. There is no other way for us. All other variants, including a return to Moldova, are unacceptable to us", stressed Krasnoselsky.

In his words, "Transnistria's future is only with Russia. Russia is mighty only when it is united. We remember these words said by Vladimir Putin, the leader of the great country, whom we respect very much. Russia has always helped us, and will be further backing us. We hope that the aspirations of our people - to be together with Russia - will eventually come true".

As already reported by Infotag, Vadim Krasnoselsky is regarded as perhaps the strongest presidential hopeful at the approaching December 11 elections in Transnistria.

Party of Socialists Secretary General MP Igor Dodon, running for Moldovan president, stands for a reform of the Republic of Moldova's state structure by equipping Transnistria and Gagauzia with the status of subjects a federation.