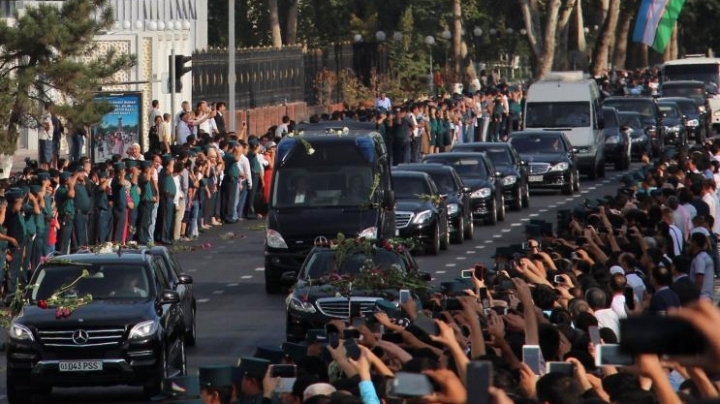 Islam Karimov, president of Uzbekistan for the past quarter of a century, was buried in his home city of Samarkand on Saturday, leaving behind a power vacuum in a nation that serves as a bulwark against militant Islam in Central Asia.

Karimov, who was 78, died from a stroke. After a funeral rite in Samarkand's ancient Registan square attended by hundreds of men - some of whom were in tears - his body was buried at the city's Shah-i-Zinda cemetery, two attendees told Reuters.

Karimov was derided by Western governments as a dictator who violated human rights, but for many people in Uzbekistan, a mainly Muslim ex-Soviet state which borders Afghanistan, he is the only head of state they have ever known.

With no obvious successor, Karimov's death has triggered an outpouring of grief, mixed with uncertainty about the future.

How the power vacuum is filled in Uzbekistan is of urgent concern to Russia, the United States and China, all powers with interests in the volatile Central Asia region, where Uzbekistan is the most populous state.

Central Asia analysts say a small circle of senior officials and Karimov family members will have been meeting behind closed doors to try to agree on anointing a new president.

The funeral rites offered clues as to who might be in the running. At the Samarkand ceremony, Prime Minister Shavkat Mirziyoyev, 59, and Finance Minister Rustam Azimov, 57, were allocated spots in the front row, nearest to Karimov's coffin.