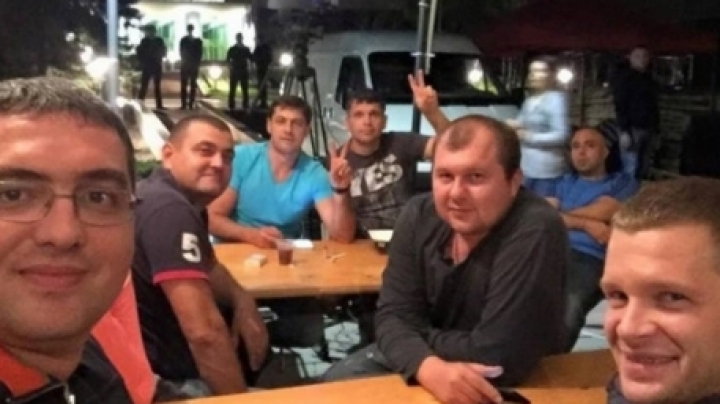 One more ‘buddy’ of the leader of Partidul Nostru Party, Renato Usatîi, has problems with the law. It’s Eduard Patraşca, held up two days ago for pimping, deschide.md writes. The journalists say Patrașca is a key figure in Usatîi’s party.

Eduard Patraşca was caught red-handed with a friend, who is a detective within the Interior Ministry. They were relaxing in a luxury sauna in Chisinau. They were accompanied by two young women to provide sexual services to them at a price of EUR150 each.

The two men are now in the police’s custody. They are criminally investigating for pandering. Patrașca appears in pictures next to Renato Usatîi and other colleagues from the Bălți mayor’s party.

It’s not for the first time when people from Usatîi’s entourage get involved into offences and later get into the police’s hands.

On September 13, another pal of Renato Usatii, Nicolae Hacico, was detained for drug trafficking. He deceived two Israelis they may cultivate cannabis in Moldova and issued them a fake license against EUR25,000. Seeing the masked police officers and cuffs, Nicolae Hacico urinated himself.

If found guilty, he may serve a jail term of 12 years. Earlier, two mayors from Usatîi’s party were held up for drunk driving.