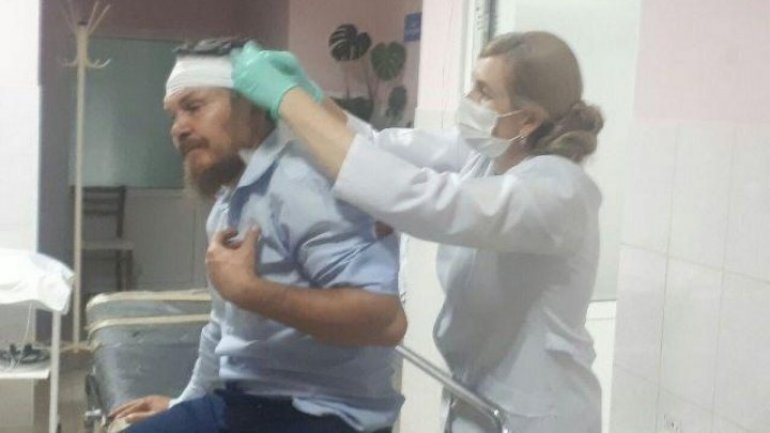 Two days ago, father Valeriu Pistrui was attacked on the street and his head was hit seriously.

The mayor of city, Eugeniu Mustaf, claims that the criminal file opened on his name did not have substantive reason.

"It is a pity someone with more authority is trying to drag my name through the mud by using the church, the priest," said Iargara Mayor Eugene Mustaf.

The vice-president of Partidul Nostru (Our Party), Dmitri Ciubaşenco, threatened to request actions against the priest.

"This priest does not believe in God. I want to ask Metropolitan Vladimir and Bishop Anatoly to pay attention to such priests who shame and compromise the Orthodox Church."

Contacted by Publika TV, priest Valeriu Pistrui said he did not know who hit him, but he suspected his problems were triggered after he had refused to sign some acts to confirm Renato Usatii's Foundation donated 100,000 lei to the church .

Iargara people remain in the priest's side.

"The Father is a very good man. He's smart and knowledgeable, he has not never quarreled with anyone."

In November 2016, the day when the city of Iargara celebrated the feast, the representatives of the Foundation of fugitive Usatîi publicly announced that they offered 100,000 lei to raise the church.

The priest and people in the locality confirm no money has been sent to the church since then.