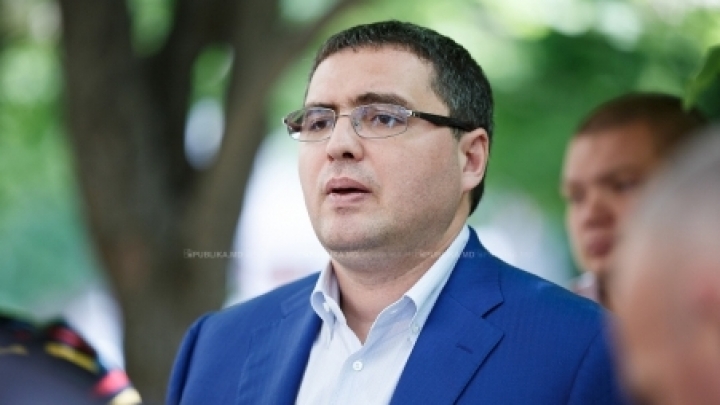 Balti mayor Usatîi runs from the prosecutors. He has come in front of the Prosecutor’s Office, made statements for media and has left.

Renato Usatîi was expected by prosecutors, after having stated on a TV station that Vlad Plahotniuc would have offered him money to leave the country.

Thus, Usatîi was called for hearings by the Anti-Corruption prosecutors, but he has come only to the door of the building.
Head of the Anti-Corruption Prosecutor’s Office Viorel Morari says he cannot start an inquest, until Usatîi makes depositions.

"As a prosecutor I cannot start an investigation when the whereabouts are not clear. Had citizen Usatîi made depositions, being warned of criminal accountability, we would have recorded it and he later would have been heard as a witness or a plaintiff. The citizen is bound to communicate about an unlawful act. If he does not come that means there was no such an act, it was but a media show," Viorel Morari explained.