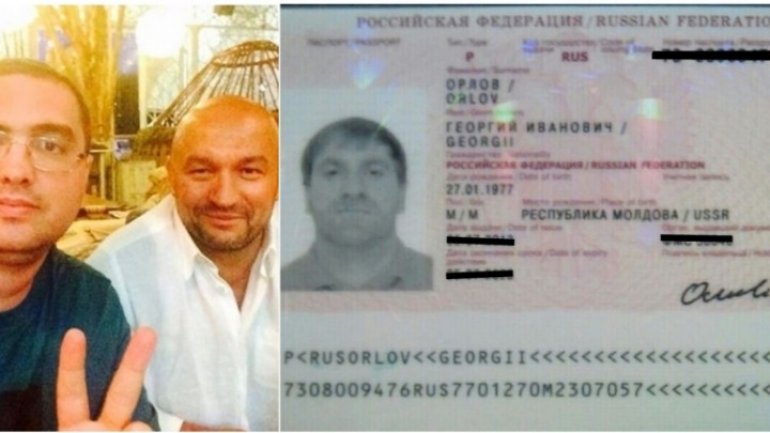 A new member of the Karamalak gang, involved in criminal actions on Moldova’s territory, gets to light.

It’s Gheorghe Nazaruc (aka Jora) who’s a respectable citizen in Russia with the name Gheorghi Orlov.

Jora is the Moscow emissary of the gangster Karamalak-‘Bulgaru’, who, with three other accomplices of ‘Bulgaru’ (among which the president of the Judo Federation,) allegedly blackmailed a Moldovan businessman, deschide.md writes.

Jora managed to flee the Moldoavn police, but not a fine for a road offense he committed as he was driving former Mercedes of Renato Usatîi against the traffic flow on a street in Moscow.

Deschide.md wrote, in December 2016, a story about the detention of the president of the Judo Federation from Moldova, Andrei Golban, jointly with a sportsman and a former policeman, close to Grigore Karamalak.

The individuals allegedly demanded from a Moldovan businessman with companies in Moscow 13 million rubles ($200,000.)

Deschide journalists did not know then the three ones were assisted by Karamalak’s emissary, Jora.

In September 2016, Grigore Karamalak sent Jora to Chișinău, to extort money from the victim. Jora and those three ones met with the businessman in a hotel.

Those three ones were detained. As for Jora, he seemingly is a good acquaintance of Usatîi, as he was repeatedly seen in Moscow driving the latter’s luxury car.