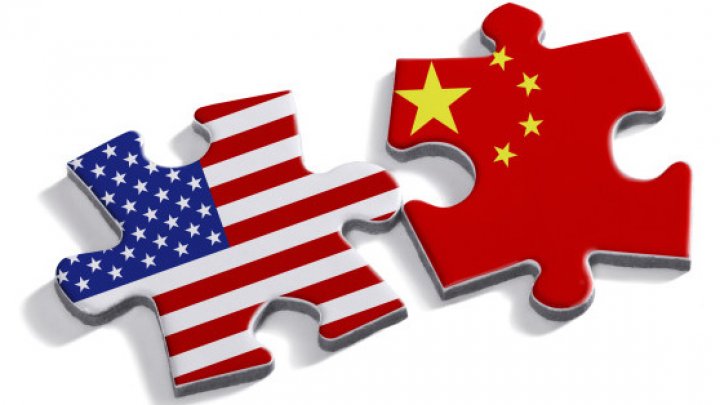 The US will impose further tariffs if China retaliates, the White House said.

President Donald Trump said the tariffs were aimed at hitting the "Made in China 2025" plan aimed at making its high-technology industries dominant.

He said this plan would "hurt economic growth for the United States and many other countries."

The US wants China to stop practices that allegedly encourage transfer of intellectual property - design and product ideas - to Chinese companies, such as requirements that foreign firms share ownership with local partners to access the Chinese market.

"We must take strong defensive actions to protect America's leadership in technology and innovation against the unprecedented threat posed by China's theft of our intellectual property, the forced transfer of American technology, and its cyber attacks on our computer networks," said US ambassador Robert Lighthizer.

He said that President Trump "rightfully recognises that if we want our country to have a prosperous future, we must take a stand now to uphold fair trade and protect American competitiveness."

Earlier on Friday, Chinese foreign ministry spokesman Geng Shuang repeated earlier warnings that all trade talks between China and the US would be void if Washington imposed trade sanctions.

"Our position is still the same," he said.

"If the US takes unilateral and protectionist measures that harm Chinese interests, we will respond immediately by taking the necessary decisions to safeguard our legitimate rights and interests."

On Thursday, International Monetary Fund (IMF) director Christine Lagarde warned that the Trump administration's trade policies were likely to hurt the US economy and undermine the world's trade system.

She said a trade war would lead to "losers on both sides" and could have a "serious" impact.

While the IMF expects the trade dispute to have relatively minor economic consequences - slowing GDP by a fraction of a percentage point - Ms Lagarde said she was concerned about how the fight would affect sentiment.

"What is more critical and more difficult to factor in at the moment... is the actual impact on confidence," she said at a news conference in Washington.

The IMF said the White House, which has also threatened to withdraw from the North American Free Trade Agreement (Nafta), was responding to rising concerns about the side-effects of free trade.

"These measures, though, are likely to move the globe further away from an open, fair and rules-based trade system, with adverse effects for both the US economy and for trading partners," the IMF said.