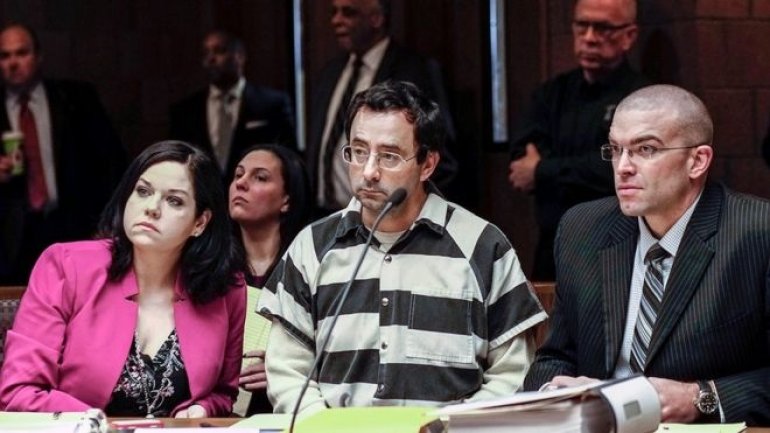 He described Dr Nassar, accused of molesting gymnasts as he treated back and hip injuries, as "a monster".

The doctor has denied allegations of abuse in the past.

Dr Nassar has said he was carrying out legitimate procedures.

He is already being held on a charge of possessing child pornography and faces trial over accusations he abused a girl repeatedly at her family home.