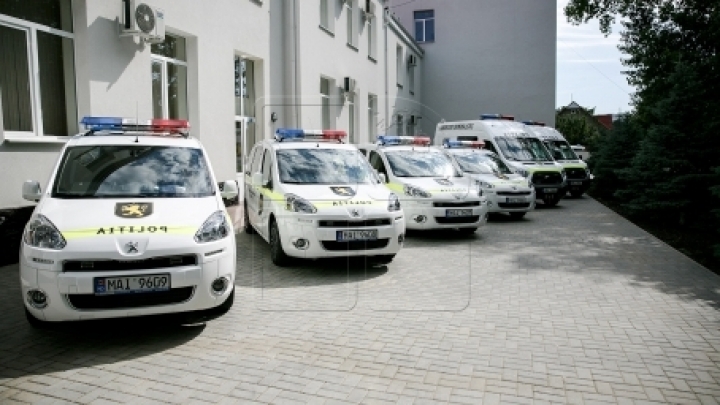 Prime Minister Pavel Filip today has participated in a ceremony of handing over eight mobile laboratories endowed with modern equipment for forensic investigation to the Technical-Forensic and Legal Expertise Center. Attending the event was U.S. Ambassador to Moldova James D. Pettit, Resident Representative of the United Nations Development Programme in Moldova Dafina Gercheva and Minister of Internal Affairs Alexandru Jizdan.

In a speech given on this occasion, Prime Minister Pavel Filip thanked the American nation and Government for the support provided to Moldova’s law-enforcement bodies in the process of strengthening the capacities and modernizing the equipment.

“Today we attend an event presenting concrete deeds of modernization of a very important field for Moldova’s citizens, the one of public order. The structures of the Ministry of Internal Affairs must have the needed capacities, so that the citizens feel themselves protected, and malefactors are afraid of policemen,” Pavel Filip said.

For his part, the US Ambassador to Moldova noted that the assistance offered would help the police and prosecution to switch from a criminal justice based on evidence to a justice determined by the physical analysis of the samples.

“The actions undertaken during investigations on the spot have a crucial role for settling the cause. They are important not only to sentence the guilty person, but also to discharge the innocent one, and many times, to simply establish what happened in reality,” James Pettit said.

At the same time, the UNDP representative in Moldova specified that the law-enforcement services must meet the expectations and needs of the citizens, and the new equipment would allow the police reacting much more quickly and efficiently to offences.

”We follow for continuing this strategic partnership with the public authorities, in order to ensure a functional democracy and a sustainable development for the benefit of Moldova’s citizens,” Dafina Gercheva said.

The equipment provided today to the Technical-Forensic and Legal Expertise Centre comprises three mobile forensic laboratories, which contain 12 medical pouches each for drawing different samples and tracks from the place where serious offences were committed, as well as five laboratories meant for investigating medium-gravity crimes.

The centre also received a portable system for processing tracks with cyanoacryl ester steam, which allows investigating big objects at the place of the crime, without disassembling and carrying them to laboratory.

The donation was made by the US Government through the project of the United Nations Development Programme, Support for Police Reform. The overall value of the equipment is more than 720,000 dollars.