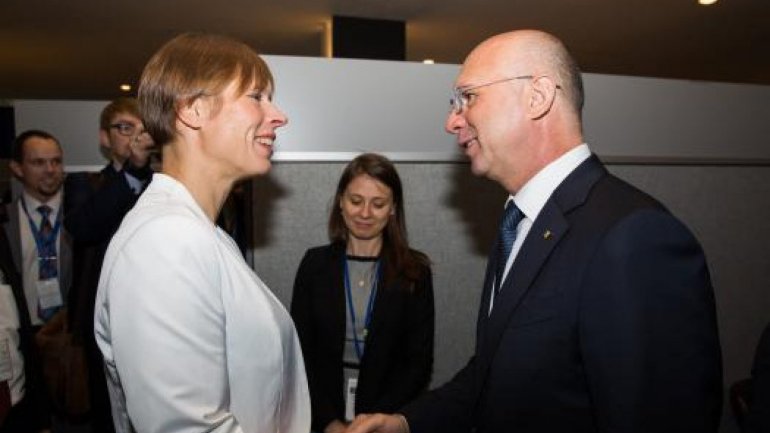 Leader from Tallinn, Kersti Kaljulaid has met with PM Pavel Filip at New York and declared that Estonia fully supports Moldova's request to demand Russian troops to withdraw from Transnistria.

During the meeting the two officials have discussed the possibility of developing further political relations between the two states, while representative from Estonia has encouraged Moldova to continue on its European Integration path, as they have our back. Pavel Filip has also managed to catch a few words with Under Secretary of State for Political Affairs of USA, Thomas Shannon

The two have discussed the bilateral relations between USA and Republic of Moldova. Thomas Shannon has encouraged our Government to continue their reforms that are meant to modernize the country and improve the living conditions of the citizens.

Pavel Filip attends as the representative of Moldova at United Nations 72nd General Assembly. There he has already managed to meet with authorities from Europe, such as President of the European Council Donald Tusk and European Commissioner for Regional Policy  Johannes Hahn. At New York the Prime Minister entered in conversations with President of Slovakia Andrej Kiska, of Ukraine Petro Porosenko, of Georgie Ghiorghi Margvelașvili, head of Ankara Recep Erdogan, as well as President of Romania  Klaus Iohannis.