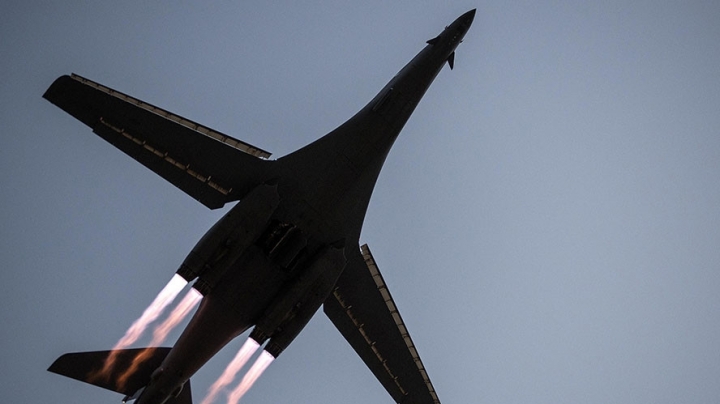 The US will conduct a bomber flight over South Korea on Tuesday, just days after Pyongyang angered both Washington and Seoul by carrying out its fifth nuclear test, a US official told Reuters, reports RT.

While the official refused to name what type of bomber would be used or say how many would be involved, South Korea’s Yonhap news agency reported that a US B-1B bomber had been scheduled to fly to the Korean peninsula on Monday, but that the flight was delayed due to bad weather.

The flight is reportedly intended as a show of force for Pyongyang, which conducted its fifth nuclear test on Friday, prompting a harsh response from South Korean President Park Geun-hye, who accused the North of “maniacal recklessness.”

The US said that any provocations from the North would come with“serious consequences.”

The scheduled bomber flight comes two months after Washington and Seoul announced that they would deploy the Terminal High Altitude Area Defense (THAAD) advanced missile defense system in the South in order to counter the threat from a nuclear-armed North Korea. The allies said they are working to have it operational by the end of 2017.

The US and South Korea also conducted military drills over the summer, prompting Pyongyang to threaten a nuclear test in August.