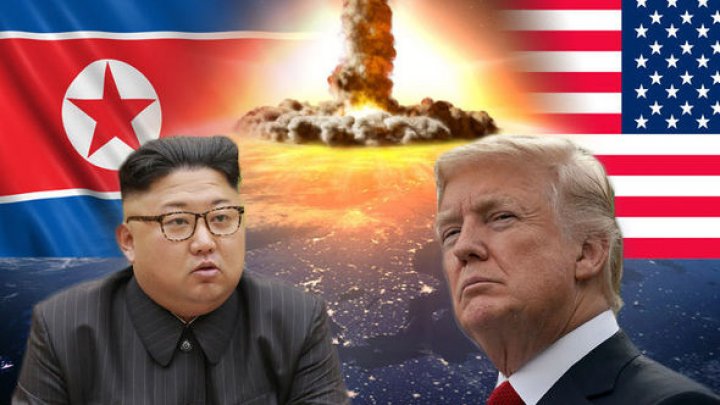 The United States said on Tuesday that North Korea may be only months away from being able to strike the U.S. mainland with a nuclear-tipped ballistic missile, while Pyongyang said Washington was considering a pre-emptive strike against it.

The clash came at the United Nations-sponsored Conference on Disarmament days after the Trump administration said it will expand its nuclear capability.

“Russia, China and North Korea are growing their stockpiles, increasing the prominence of nuclear weapons in their security strategies, and - in some cases - pursuing the development of new nuclear capabilities to threaten other peaceful nations,” Wood said.

North Korea “may now be only months away from the capability to strike the U.S. with nuclear-armed ballistic missiles”, he said, giving no further detail on the source of the statement.

North Korea is under tightening U.N. Security Council resolutions for its banned nuclear and ballistic missile programs, but relations with South Korea have softened in the lead-up to the Pyeongchang Olympic Games opening on Feb. 9.

North Korea accused the United States of seeking to aggravate the situation on the divided Korean peninsula by “deploying large nuclear assets” nearby and lay the ground for a possible pre-emptive strike against it.

“In view of the nature and scale of U.S. military reinforcements, they are designed to make a pre-emptive strike against the DPRK,” North Korean diplomat Ju Yong Chol told the talks, referring to his country’s official name the Democratic People’s Republic of Korea.