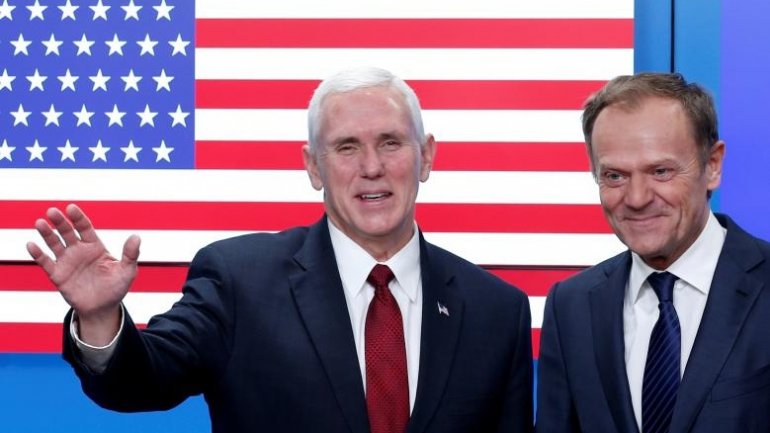 US Vice President Mike Pence sought to reassure Europe Monday of Donald Trump's commitment to transatlantic ties as he met EU chiefs in the face of anti-Trump protests.

Pence was in Brussels at the end of a European trip aimed at comforting allies fearful US President Trump might abandon them.

"Today it is my privilege on behalf of President Trump to express the strong commitment of the United States to continued cooperation and partnership with the European Union," Pence said after talks with EU president Donald Tusk.

Pence said US commitment to transatlantic ties remained "steadfast and enduring" after decades of working together on security and economic issues.

Tusk thanked Pence for the meeting, saying that "we all truly needed it" and that Europe counted on "unequivocal" US support.

"Too much has happened over the past month in your country and in the EU ... for us to pretend that everything is as it used to be," the former Polish premier added.