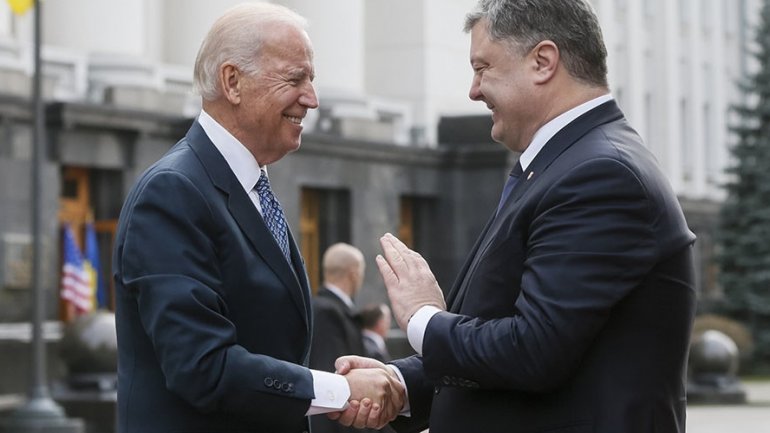 U.S. Vice President Joe Biden will fly to Kiev on Sunday on a farewell visit by one of Ukraine's strongest political supporters, as the country looks forward with apprehension to the new administration of Donald Trump.

Biden, whose visit was announced by the office of President Petro Poroshenko, has been the front man for U.S. policy towards Ukraine since street protests in 2013-2014 forced a Russian-backed leader to flee and the pro-Western opposition took over, promising sweeping reforms whose delivery has been patchy.

The United States has invested heavily in the reform process, providing over $3 billion in economic assistance. It has imposed sanctions against Russia for annexing Ukraine's Crimean peninsula and backing separatists in a conflict in the east of the country.

Biden has been closely involved, visiting Ukraine four times since the change in power and maintaining regular telephone contact with Poroshenko and the prime minister.

Officials in Ukraine have expressed concern that U.S. support could wane following the Jan. 20 inauguration of Trump, who has voiced admiration for Russian President Vladimir Putin and a desire to improve ties with Moscow.