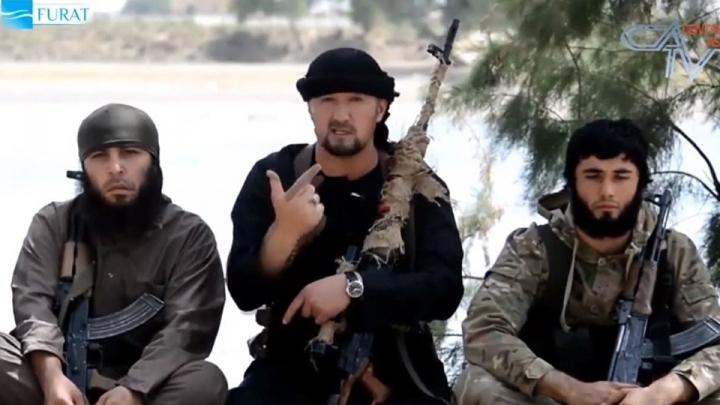 Daesh forces in Iraq welcome a new battlefield commander to their ranks who is all too familiar to US military and intelligence officials – American trained former Special Forces colonel Gulmurod Khalimov from Tajikstan received the promotion within the terrorist organization after defecting last year.

The US State Department responded by the new by placing a $3 million bounty on Khalimov pursuant to the Rewards for Justice Program. The former Tajikistan military sniper pledged jihad against the West appearing in propaganda videos calling publicly for acts of violence against American forces and civilians.

Khalimov has been a concern for US officials for some time with the US State Department labelling him a Specially Designated Global Terrorist under Executive Order 13224 on September 29, 2015 designed to prevent the transfer of currency to select individuals known to hold leadership roles in terror organizations. The United Nations Security Council Resolutions and al-Qaeda Sanctions Committee further added Khalimov, who is also a fugitive wanted by the Government of Tajikstan, to its sanctions list in February 2016.

The former paramilitary unit commander of the Tajikistan armed forces received his battlefield training from American advisors and even came to the United States on several occasions to receive special counterterrorism training through the US State Department’s Diplomatic Security/Anti-Terrorism Assistance program prior to his defection into the jihadist organization.

Daesh refused to officially announce that Khalimov had been promoted to the top ranks of the terrorist organization out of concern that he would become a high-priority target of US led strikes in Iraq, but Iraq’s Al Sumaria news agency exposed the promotion through a source in Nineveh province.

There’s information in the Islamic State that Tajik Gulmurod Khalimov was named the new chief military commander of ISIS, after the murder of the previous leader Abu Omar al-Shishani.