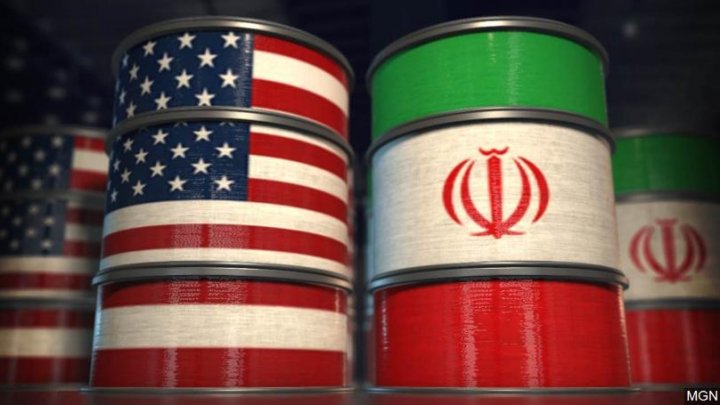 The Trump administration is poised to tell five nations, including allies Japan, South Korea and Turkey, that they will no longer be exempt from U.S. sanctions if they continue to import oil from Iran, officials said Sunday.

Secretary of State Mike Pompeo plans to announce on Monday that the administration will not renew sanctions waivers for the five countries when they expire on May 2, three U.S. officials said. The others are China and India, writes AP source.

It was not immediately clear if any of the five would be given additional time to wind down their purchases or if they would be subject to U.S. sanctions on May 3 if they do not immediately halt imports of Iranian oil.

The officials were not authorized to discuss the matter publicly and spoke on condition of anonymity ahead of Pompeo's announcement.

The decision not to extend the waivers, which was first reported by The Washington Post, was finalized on Friday by President Donald Trump, according to the officials. They said it is intended to further ramp up pressure on Iran by strangling the revenue it gets from oil exports.

The administration granted eight oil sanctions waivers when it re-imposed sanctions on Iran after Trump pulled the U.S. out of the landmark 2015 nuclear deal. They were granted in part to give those countries more time to find alternate energy sources but also to prevent a shock to global oil markets from the sudden removal of Iranian crude.

U.S. officials now say they do not expect any significant reduction in the supply of oil given production increases by other countries, including the U.S. itself and Saudi Arabia.

Since November, three of the eight — Italy, Greece and Taiwan — have stopped importing oil from Iran. The other five, however, have not, and have lobbied for their waivers to be extended.

NATO ally Turkey has made perhaps the most public case for an extension, with senior officials telling their U.S. counterparts that Iranian oil is critical to meeting their country's energy needs. They have also made the case that as a neighbor of Iran, Turkey cannot be expected to completely close its economy to Iranian goods.