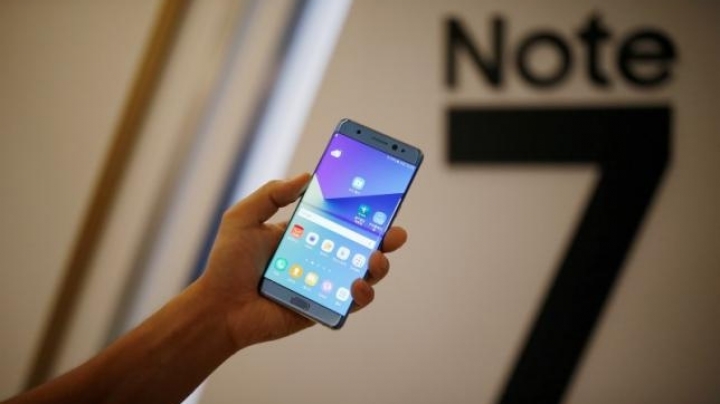 A U.S. government safety agency on Friday urged all consumers to stop using Samsung Galaxy Note 7 phones, which are prone to catch fire, and top airlines globally banned their use during flights.

Following reports that the phones' batteries have combusted during charging and normal use, the U.S. Consumer Product Safety Commission said it was working on an official recall of the devices and that users should turn them off in the meantime.

Samsung Electronics Co Ltd said it was working with the agency. It voluntarily issued a recall last week for 10 markets including the United States, and it was expediting shipments of replacement phones to customers.

The U.S. government action heralds more fallout for the South Korean manufacturer, which may take a financial hit from the recall and lose customers who are concerned about the quality of its flagship phones.

For Samsung, which prides itself on manufacturing prowess, the scale of the recall is expected to be unprecedented. Some 2.5 million of the premium devices have been sold worldwide, the company has said. Its shares closed down 3.9 percent on Friday.

Samsung said users in the United States can exchange their phones for one of several models and receive a $25 gift card.