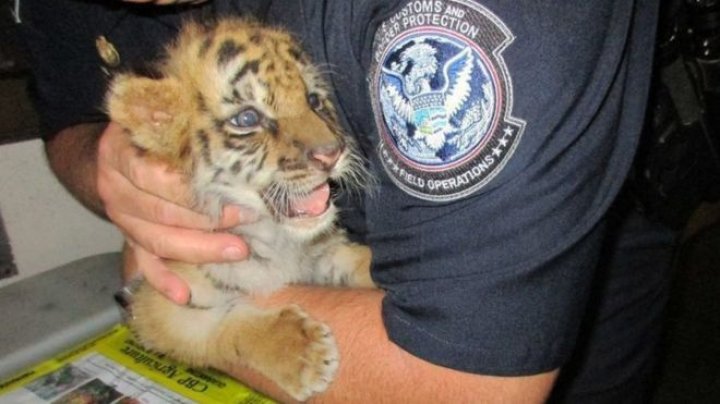 A US teenager has been sentenced to six months in prison after he was found guilty of trying to smuggle a Bengal tiger cub across the US-Mexico border, wrote BBC.

The six-week-old cub was found in a box on the floor of the teenager's car as he was crossing from Mexico into the US near the city of San Diego.

His lawyer argued that his client had had "a lapse of judgement" and that he wanted to keep the tiger as a pet.

But prosecutors said he was running an animal smuggling business.

They said mobile phone messages sent by the teenager, named as 18-year-old Luis Valencia, showed he was boasting about getting large sums of money for exotic animals such as jaguars and lions.

The smuggling of exotic animals has become a lucrative business in Mexico, where drug traffickers often keep entire menageries on their extensive ranches.

Earlier this month, another tiger cub was intercepted by Mexican police after someone tried to mail him in a plastic crate from the state of Jalisco to Querétaro.

The two-month-old cub, which had been sedated, was found by a sniffer dog looking for contraband.