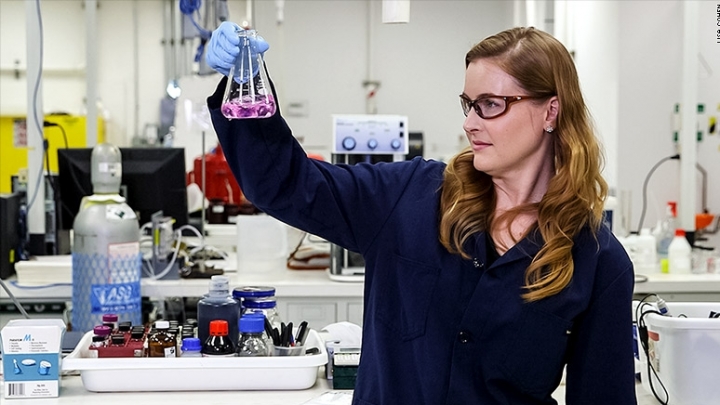 Carbon dioxide is fingered as a leading culprit behind global warming. But Emily Cole believes it actually has a higher calling.

Her startup Liquid Light recycles carbon dioxide -- turning it into a chemical that can be used to make consumer products.

"We take carbon dioxide from its source [like power plants or factories], add water and electricity to it, and create liquid fuels and chemicals such as ethylene glycol and glycolic acid," said Cole.

Those chemicals could eventually replace petroleum in everyday like plastic bottles, carpets, antifreeze, even facial creams.

Cole, who has a PhD in chemistry, hopes Liquid Light's technology will ultimately help lower emissions.

"My dream is really that we're able to commercialize this technology and reduce our dependence on oil," she said.