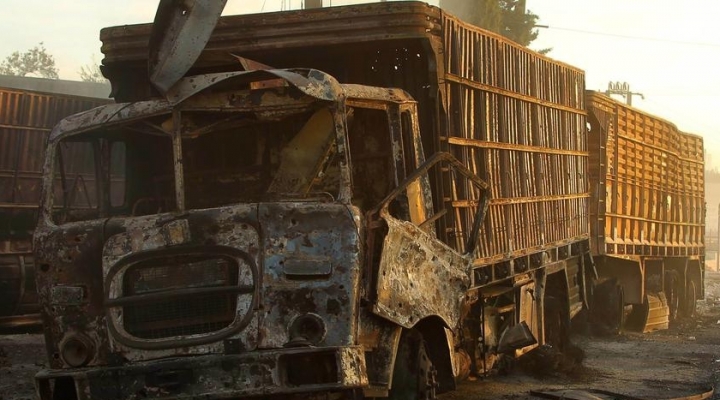 The U.S. has said it holds Russia responsible for a deadly attack on an aid convoy near the Syrian city of Aleppo on Monday.

The White House has called it an "enormous humanitarian tragedy".

Meanwhile, US officials have told the BBC that two Russian war planes were responsible for the attack.

Russia strongly denies involvement of its own or Syrian planes, and says the incident was caused by fire on the ground and not by an air strike.